Pere Borrell del Caso was a Spanish painter, illustrator, and engraver. He is known for his trompe-l’œil paintings; especially Escaping Criticism. His father was a cabinetmaker who taught that craft to Borrell. It was by this means that he was able to support his studies at the School of Fine Arts.

Del Caso is a master of trompe-l’oeil who skillfully paints the illusion of this boy trapped in his artwork. The brush strokes are beautiful, artistically done, and with great attention to detail, yet it is the title that has caused much controversy for the painting. Is the painting truly about how critics lock us into the world that we can see and never allow us to experience outside?

First, let us consider the role of criticism in our attempts to better ourselves. Some people, artists included, feel that criticism is a necessary part of growth and thus should be welcomed with open arms. But is criticism always a positive thing? Pere Borrell del Caso seems to believe the opposite. His interpretation of “Escaping Criticism” seems to seek to diminish the importance we give to critics and experts in favor of focusing on self-actualization and growth. With this painting, he suggests that the opinions of critics kill enthusiasm in art, as well as life in general.

The Escaping Criticism painting and its meaning are symbolic of a world that’s rejecting rules, structures, and even society itself in an attempt to free itself from a web of restrictions. For del Caso, it’s clear that the art world of his time was living vicariously through this boy when they were not allowed to because they were unable to see the freedom that lay beyond the canvas’s borders. Freedom is life. The artwork is symbolic of this theme but back in the day, critics were too blind to see it.

The title of del Caso’s painting may seem a bit confusing at first. After all, the boy has already escaped the confines of the frame. In this sense, he has “escaped criticism” by removing himself from its reach. On the other hand, there is reason to believe that del Caso’s true meaning was that the boy is attempting to free himself from the negative opinions of others; he wants to escape what so many in his field thought about art and establish his own vision for what would define him as an artist. Either way, both stories are worthy of interpretation and could be discussed as part of a lesson plan.

Del Caso’s piece works as a reminder that although art is subjective, there is a right and a wrong way to view it. Although we might insist that Escaping Criticism is really just a boy attempting to escape, in fact, the spectator is the one who is escaping from the painting in search of some form of deeper meaning. Critique has been given to “surrounding pieces” by historians, but it doesn’t excuse art critics for their critical interpretations of visual representations. 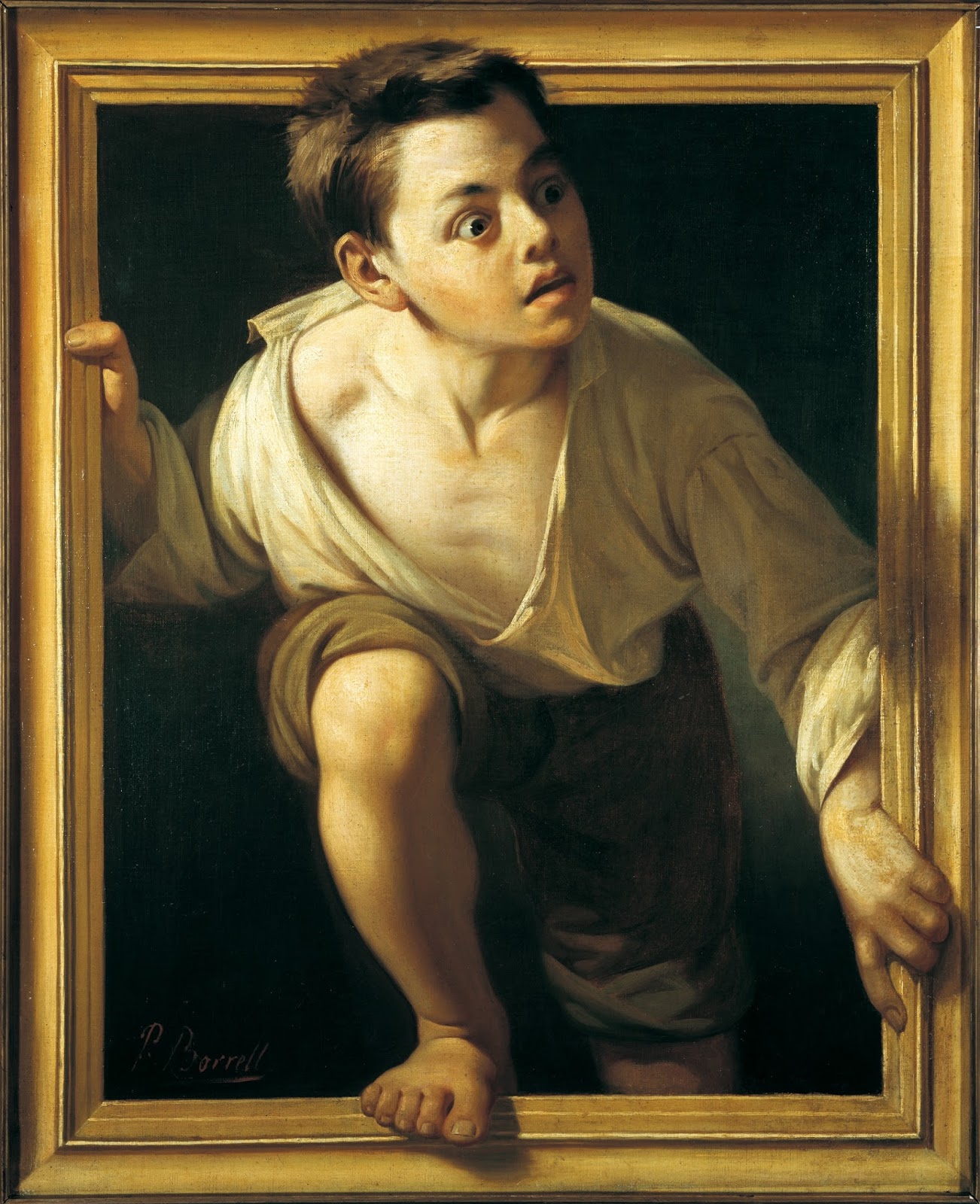 Special Thanks To Aesthetic Reflections