When you see Robert van Embricqs’ furniture, it’s hard not to be in awe. The Dutch designer has created some of the most innovative pieces imaginable, based on the aesthetics of the natural world.

His designs are inspired by bone structure, plant life, and movement—and he uses these elements to create pieces that are both functional and beautiful. He believes that “How much control does an object have over its own form?”

This question led him to develop a minimalistic design approach that can best be described as a balanced collaboration between the designer and his material. His designs are minimalistic but full of personality, and they’re meant to be functional as well as aesthetically pleasing.

Robert van Embricqs has managed to combine design with creativity and economy. His creations are not only beautiful, but they also have a special purpose which is fulfilled in the most beautiful way.

His works can be categorized as a ‘new form’ of design art. His pieces explore the balance between design and material, two concepts that are hard to distinguish from each other. The pieces become synonymous with his name.

The pieces are simple, yet intriguing. The concept of the design is intriguing, which makes the furniture eye-catching and worth displaying in any room or office. The inspiration for each design is extremely fascinating as well. Robert van Embricqs is a designer to be proud of, as he has a unique vision as well as attention to detail.

Rising Furniture – The Most Creative Furniture You’ll Ever See

Robert van Embricqs is an artist whose use of empty spaces and clean lines keeps his designs both open and approachable. This is particularly true of his tables, in which he does nothing more than set the material free from its everyday concerns, encouraging it to blossom in a free-form world of its choosing. Having extended his hand, as it were, the designer then retreats back into the shadows, content to simply watch the reaction of those who witness these art pieces within their own environment.

In other words, what makes this designer’s work so admirable is his ability to blend modern design with a traditional appreciation for the craft. While it may be hard for some to imagine embracing this type of craftsmanship satisfactorily in our current technological era, we’re glad to see makers like van Embricqs who strive to keep this art form alive and well.

In conclusion, Robert van Embricqs has created some truly beautiful pieces of functional furniture. Through his minimalist designs, he gives the natural and most basic shapes the opportunity to surprise and delight with their twisty-turny profoundness. 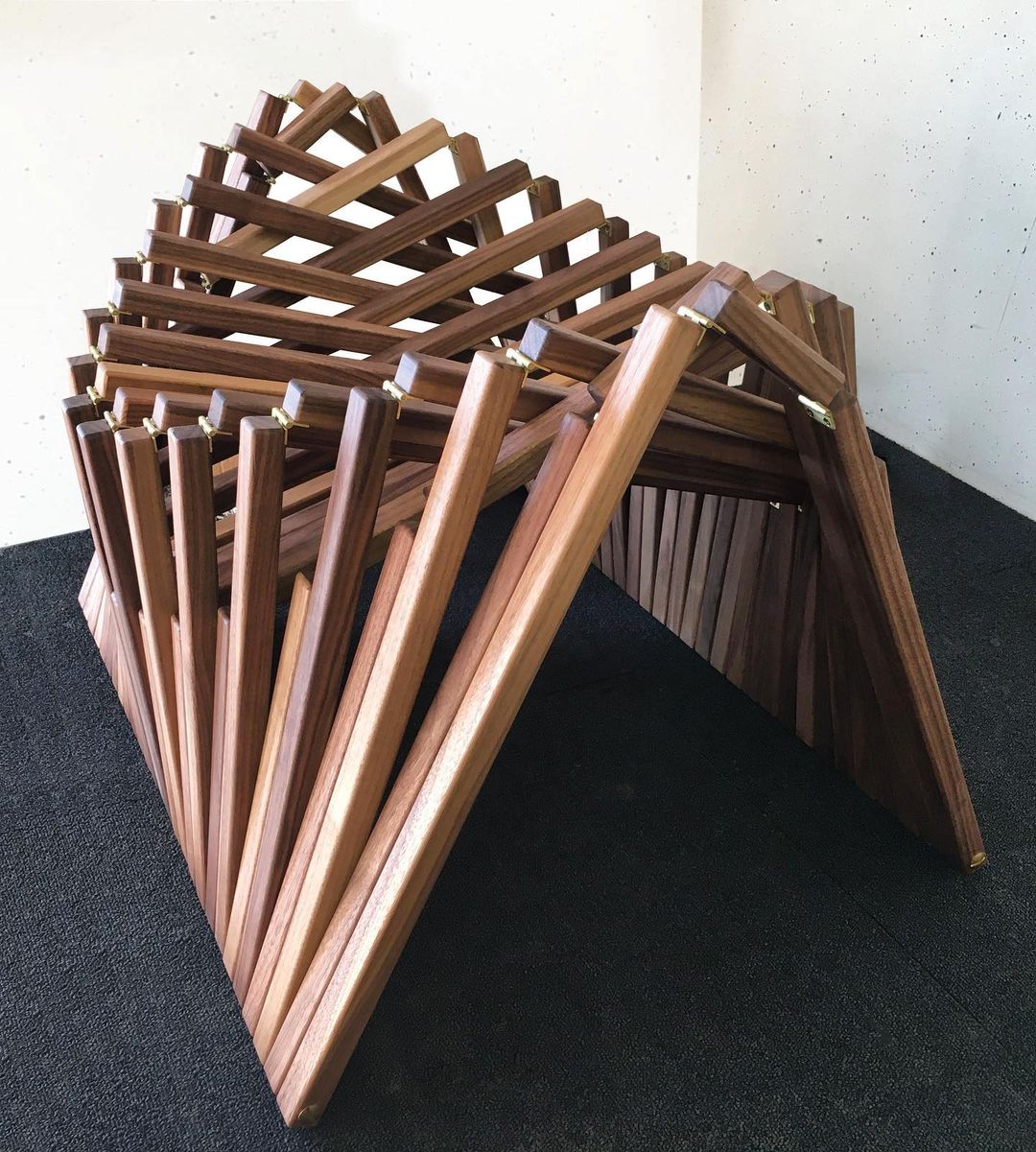 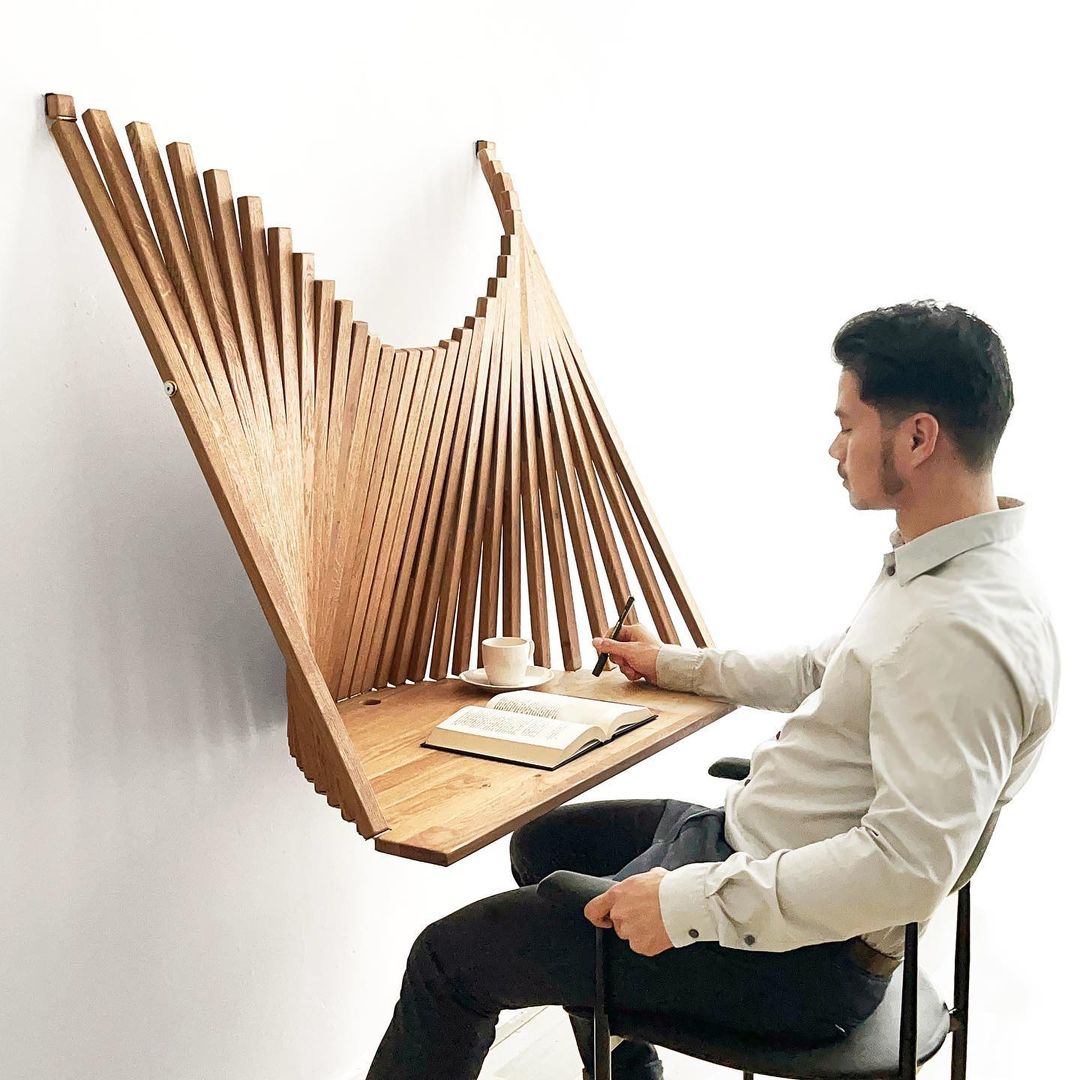 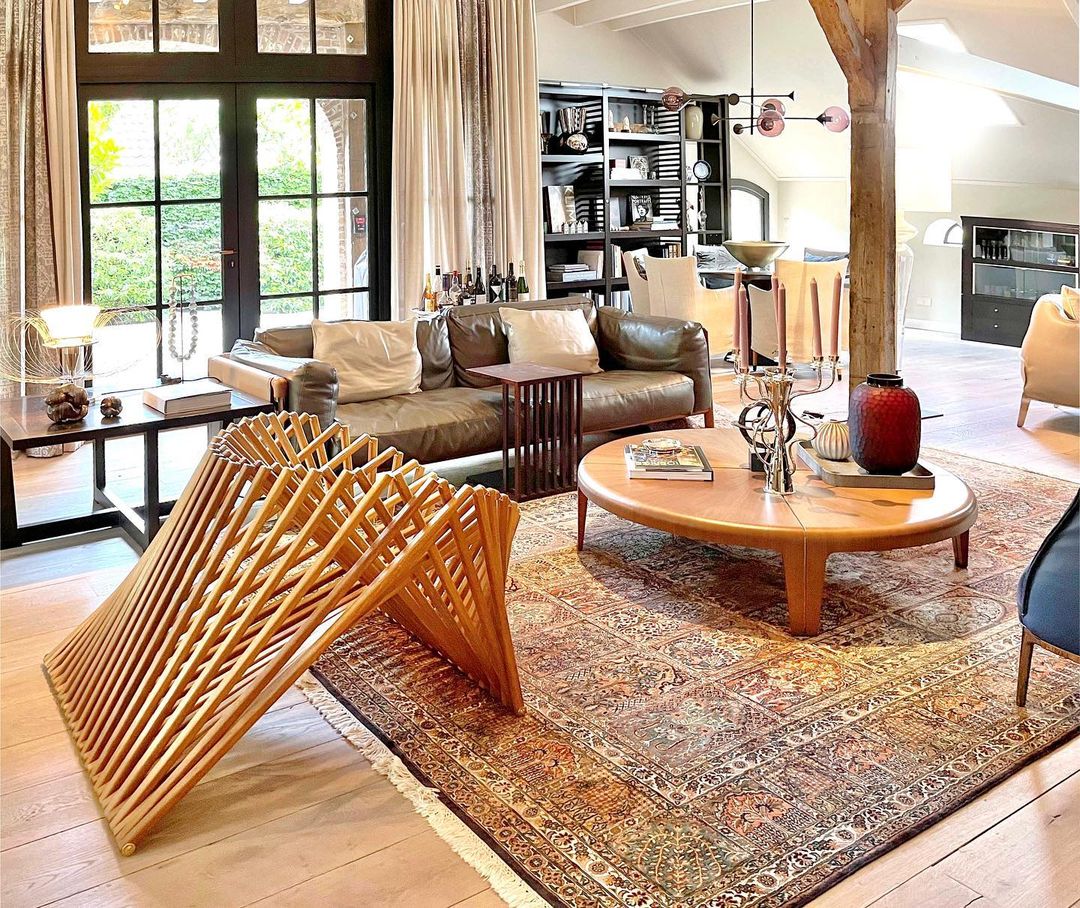