You really have to hand over to people’s creativity, when it comes to popping the question to their would-be brides. What Terry, an Australian, had in mind was certainly original. When he fell head over heels for Anna, his girlfriend, he had already made up his mind to marry her. But, he just didn’t want to drop down on one knee and pop the question in the usual way, he wanted a bit of suspense and surprise. 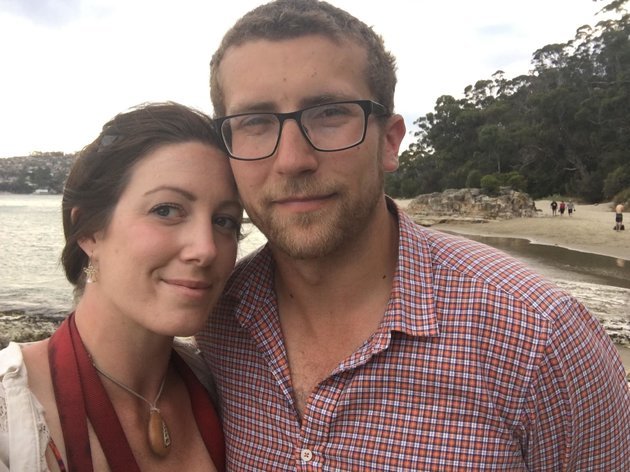 Terry presented Anna with a necklace in 2015 to mark the occasion of their one-year anniversary of going steady. The necklace had a largish pendant made of Huon pine, a Tasmanian native wood. Terry had secretly placed an engagement ring inside the pendant and sealed it. When he presented the necklace to Anna, she was beside herself with joy and took it, not suspecting that the pendant contained the engagement ring. She continued wearing it for full one year.

In November 2016, after a year of a steady relationship, it was time for Terry to pop the question. Terry put his meticulous planning into action when he suggested Anna a trip to Smoo Cave in northern Scotland – a trip they both had been looking forward to.

Why Smoo Cave? According to HuffPost, Terry said, “I picked Smoo Cave because it was a place we had talked about visiting since we first met, and ‘smoo’ comes from an old Norse word for ‘hiding place’, so I get extra points for that one!”

Once inside the cave, Terry asked Anna for the necklace to photograph it propped up on some rocks. Anna handed over the necklace without suspecting anything. Terry took the necklace to the rock and surreptitiously cut open the seal of the pendant with a knife. After taking snaps, he put it in his pocket.

When he joined Anna, he pulled the jewelry from his pocket to give it back to her, but instead got down on one knee, forced open the pendant to expose the engagement ring, and asked her to marry him. 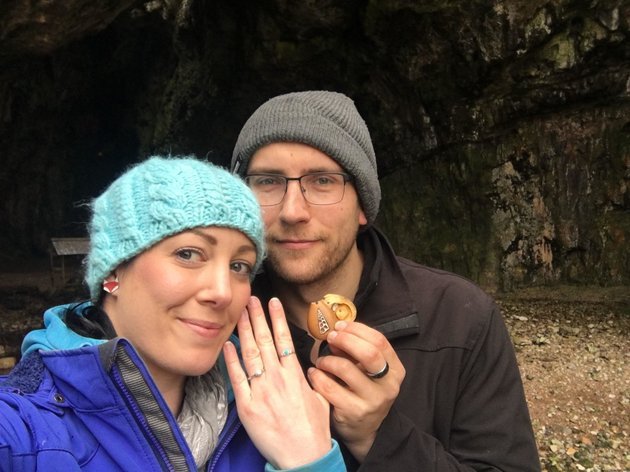 Anna froze, not able to make out what was happening. When the reality finally dawned on her she was beside herself with joy. She yelled yes and pounced on Terry. But, when she realized that the ring had been in the necklace all this time, this is what she had to say, “…I could have lost it, you f**king idiot!”