You must’ve marveled at the paper cut works of many paper cutting artists. However, what Lele Dilli does is different. He creates works of art, not from a single piece of paper, but from cut paper pieces joined together to form 3D art of exquisite beauty.

Lele, a sculptor, overcame a dark period in his life by taking up paper sculpting. Although what began as a pure distraction from his depressive thoughts, soon turned into a passion. And there was no looking back for him after that.

Lele follows three steps to create his works: imagine, think and create. His first step is to imagine what he’s going to make and his vivid imagination helps him visualize what figures, landscapes, and elements he’ll include in his art. In the next step, he thinks out how these images will truly depict his feelings on paper. It’s at the final stage that he actually translates his imagination and thinking into creation.

Lele is comfortable with any paper, whether it’s a scribbled piece of paper, a shopping list or a page torn out of a notebook. It’s his expertise that turns it into characters with souls. Such is his skill with the cutter that he even carves out hair from paper, strand by strand! To top it, it’s the composition of his whole art that’s really commendable. Most of his works are in white and he colors them up by cleverly using LEDs and other lights to turn them magical.

Lele’s inspiration stems from his surroundings that he keenly observes for ideas. It’s not enough for him to select a subject, he has to understand it and its feelings have to stir him to begin work. It’s only then that he proceeds to create. And it’s certainly his mastery in paper cutting that gives his works a life of their own. 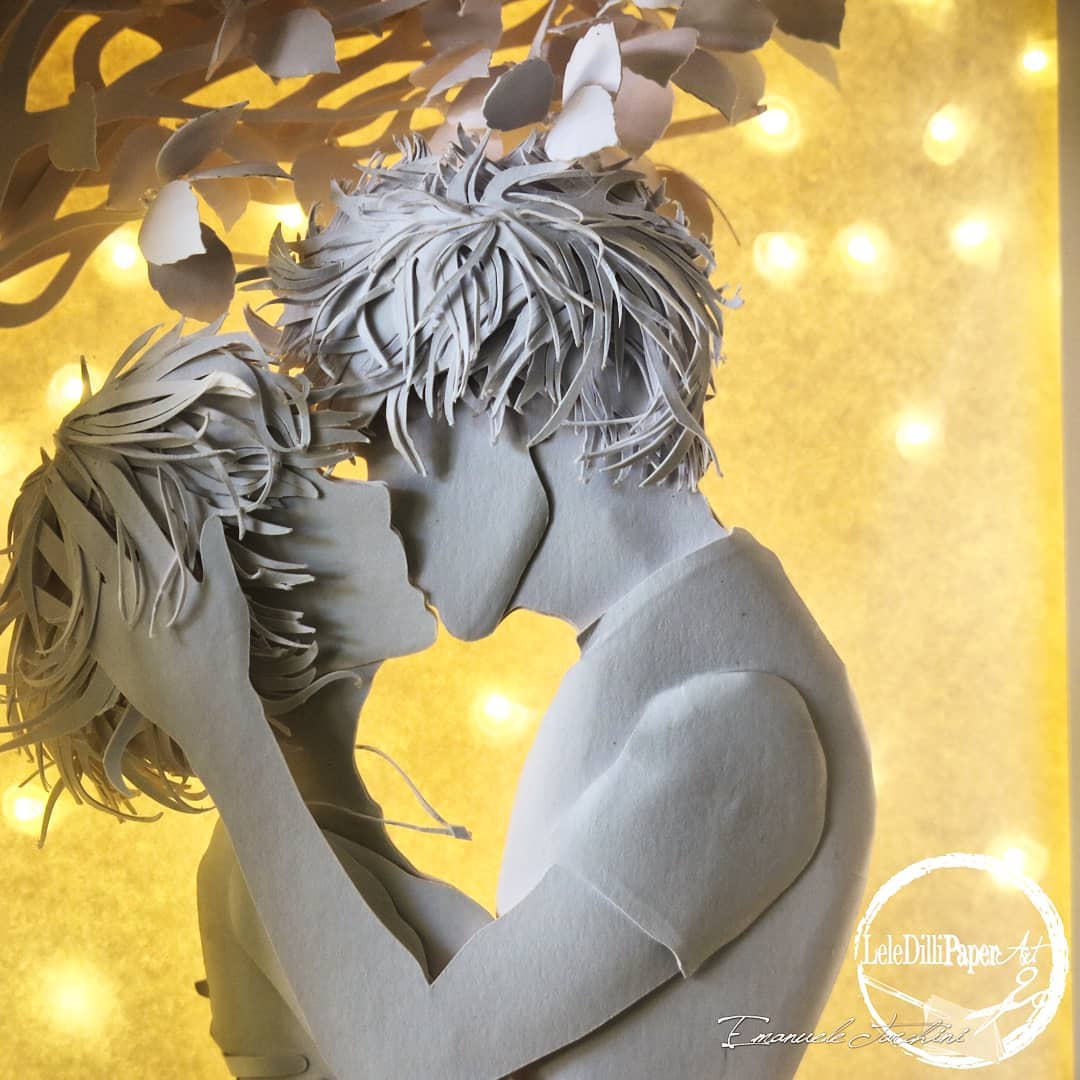