Carving a wooden sculpture with hammer and chisel is commonplace, but carving it with a chainsaw is simply out of this world! This is what American chainsaw artist, Jeffrey Michael Samudosky, has achieved.

When Redwood Burl provided a dead redwood tree trunk to Samudosky, it churned his creative juices. To Samudosky’s creative eye, the shape of this mammoth piece of wood resembled a giant octopus. His mind’s eye could make out the octopus’s bulbous head, eight arms, suckers and all. 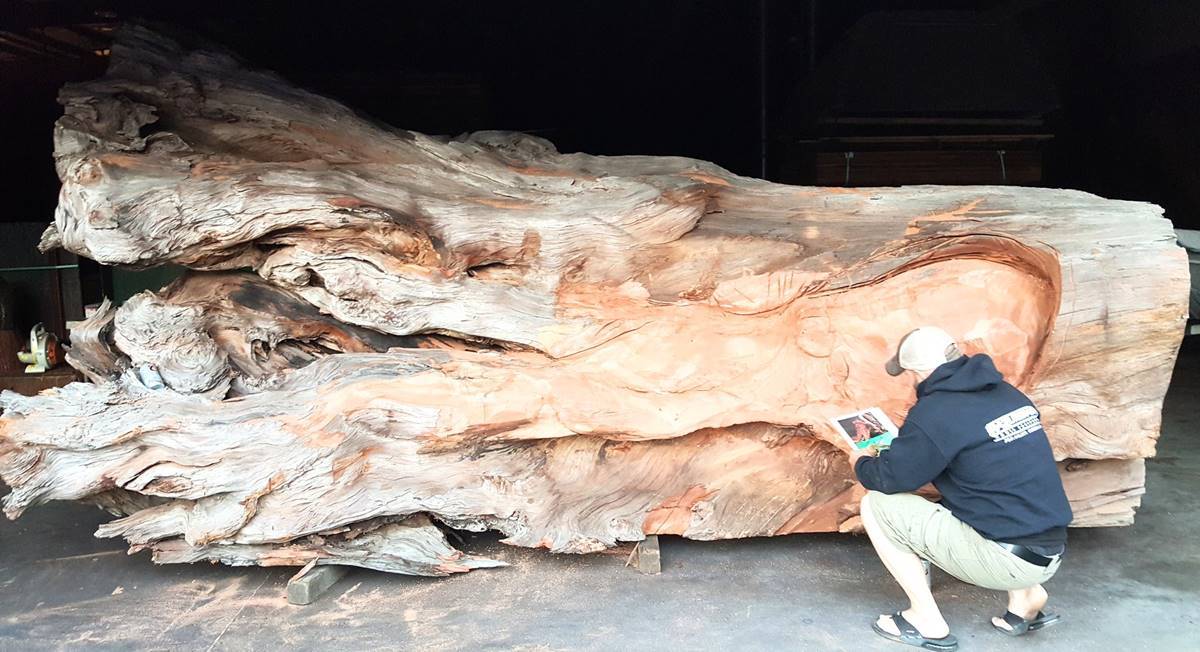 Since, this tree trunk was huge, working with smaller carving implements was out of question. However, it fitted perfectly with his chainsaw expertise. Incidentally, Samudosky stumbled upon chainsaw art when he almost became an invalid as a result of snowboarding accident that left his legs paralysed for eight months. 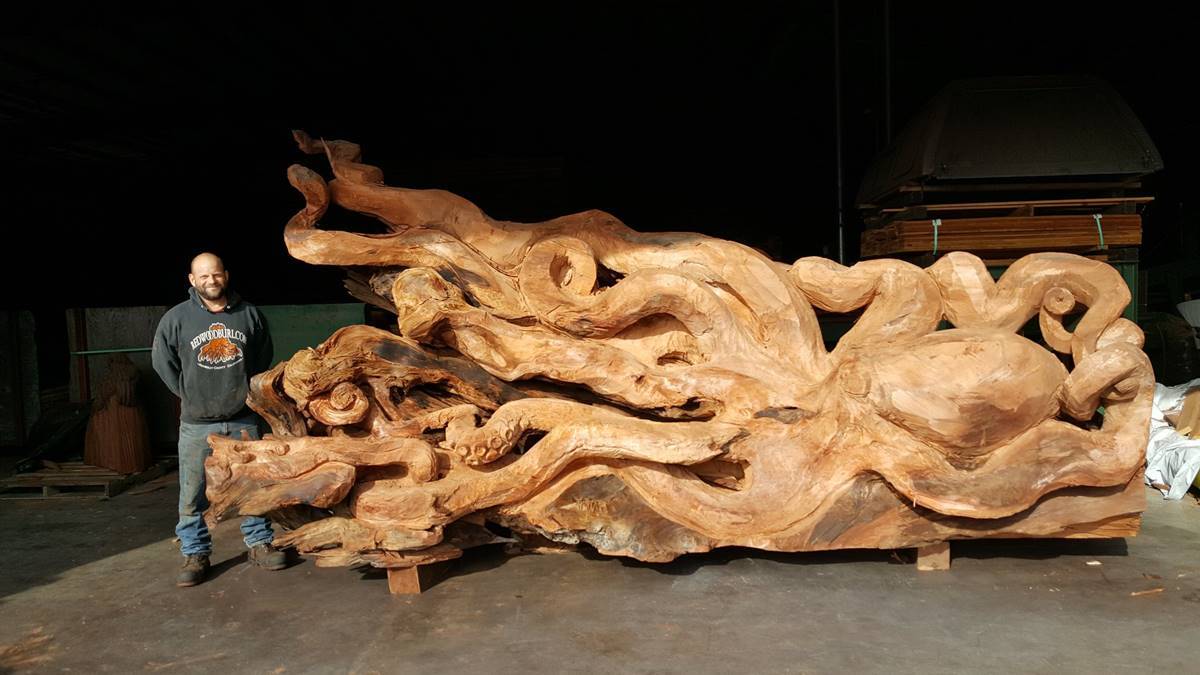 When he recovered, his determination to overcome his snowboarding fears took him to the mountains in Vermont, where the wood carvings dotting the roadsides impressed him immensely. So, inspired was he that he taught himself the skills of chainsaw art. 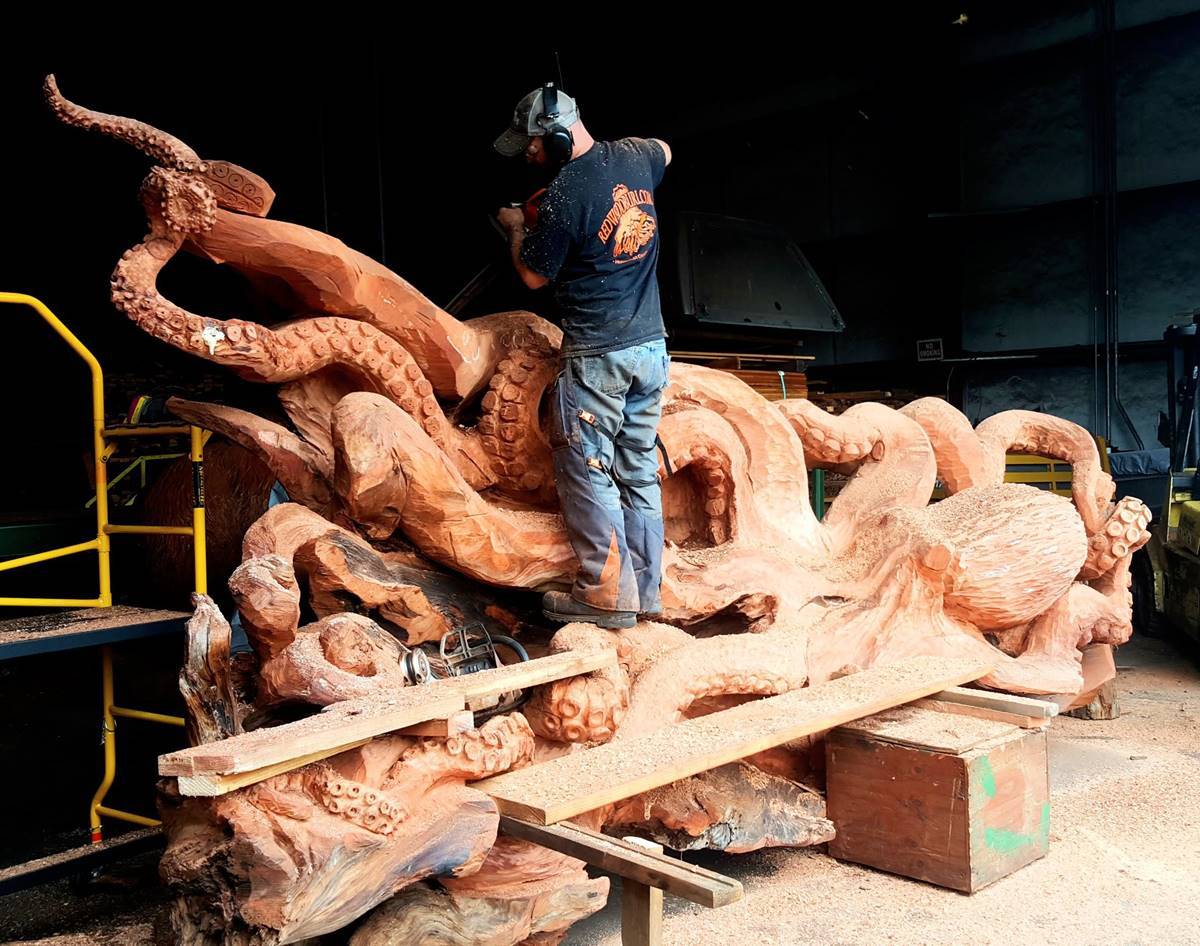 Today, he is an accomplished chainsaw artist who has taken it up as a full-time career. His company, JMS Wood Sculpture, is based in Gig Harbor, Washington.

Samudosky remains a perfectionist. Little wonder some of his animals and Native American motifs have taken over four years to reach his desired level of perfection. He has won several competitions around the world and also showcased his art on the Discovery Channel. 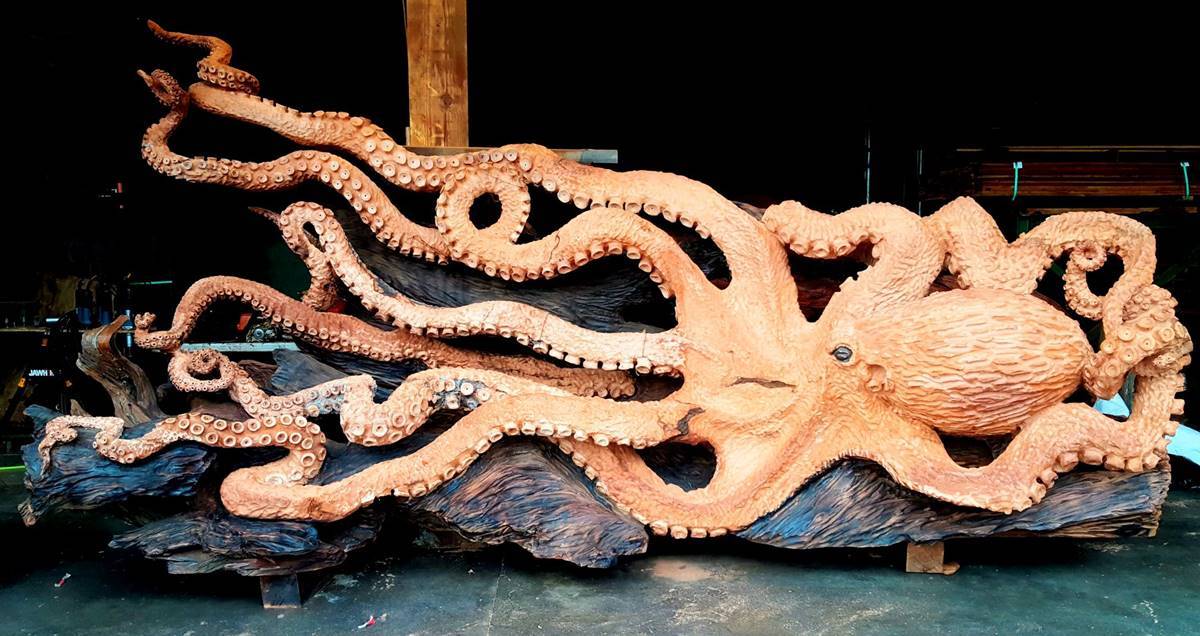 With this giant tree trunk, Samudosky worked relentlessly to create a magnificent giant octopus. Such was his eye for detail that each tentacle of this creature with suckers looks real. It seems as if the octopus is swimming through water. 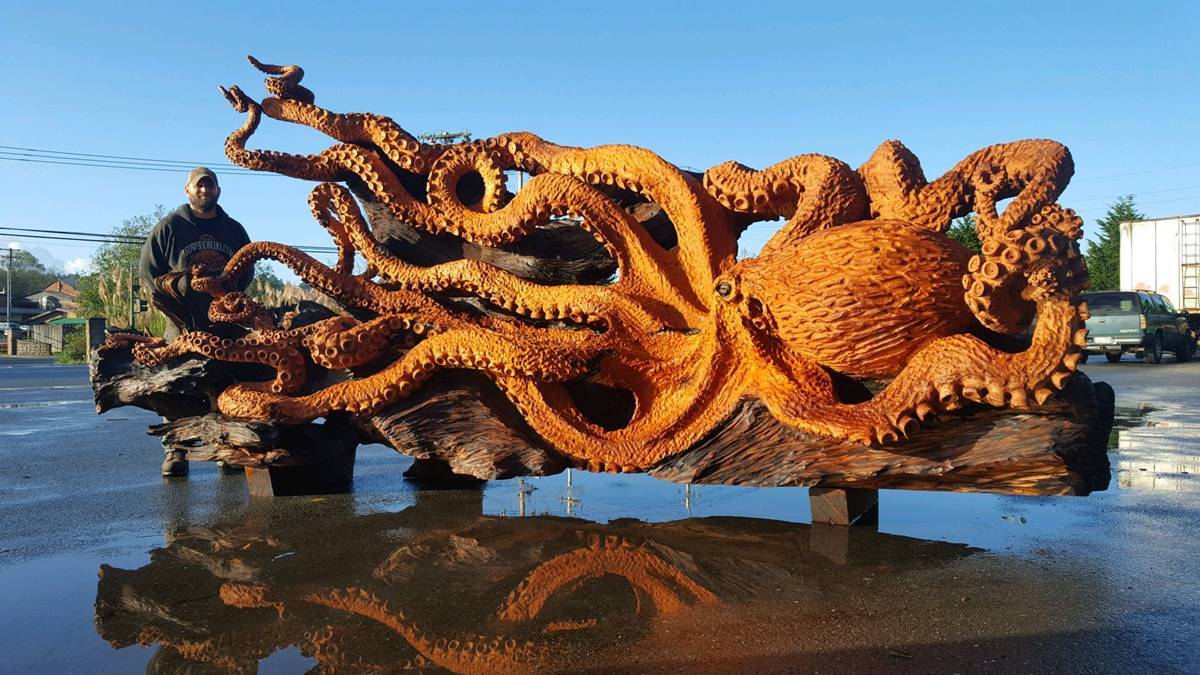 This mind-blowing creation will certainly inspire other wood sculptors and keep the connoisseurs of wood art and others in awe. 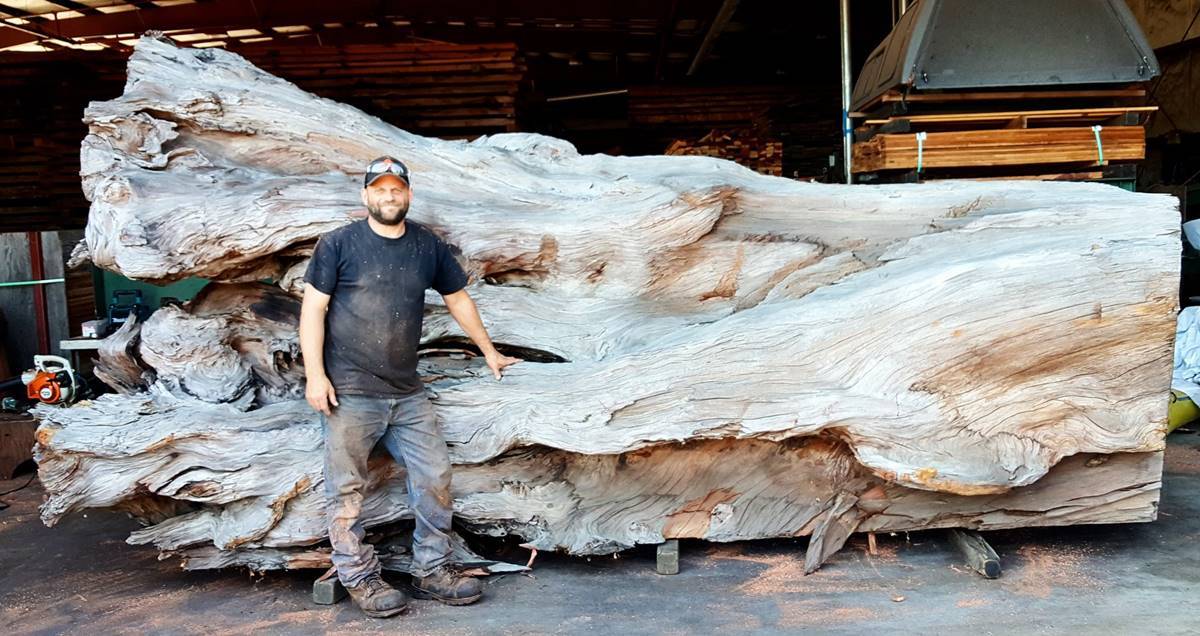