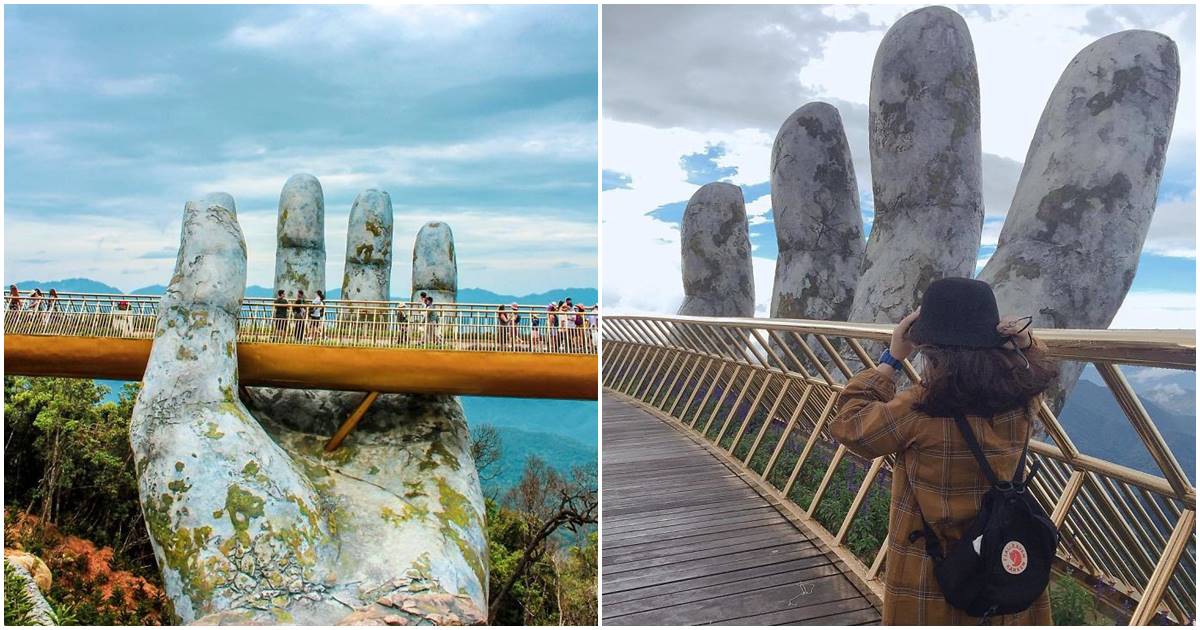 Vietnam is the last country in which you would expect to see any engineering marvels. However, this country has turned this impression on its head by building a bridge that has not only become the talk of the town in the country but has also made international travellers and tourists sit up and take note.

This bridge has been constructed on the Ba Na Hills outside Da Nang, the fourth largest port city in Vietnam, located on the coast of the East Sea and at the mouth of the Han River. While the normal bridges use trusses, beams, cantilevers and cables for suspension, this incredible bridge is held aloft by means of two beautifully created giant stone hands, jutting out of the rock face.

Ba Na Hills had always been prized for its salubrious climate and breathtaking views. In the early 20th Century, the ruling French authorities had turned these picturesque hills into their favourite mountain retreat. However, with the French long gone, the area was redeveloped by building a replica of the French village and its beautiful gardens. The hills were also made accessible by installing a 5.8 kilometres long cable car that at one time was considered the world’s highest and the longest. A concrete amusement park complex was also included. And now this bridge.

Painted in golden colour, this bridge is aptly named the Golden Bridge. It stands 1,400 meters above sea level and provides a panoramic view of the majestic surrounding countryside that comprises of green rolling hills. The bridge is more of a walkway that extends 150 meters in length. It is beautified with purple Lobelia Chrysanthemums and other flora.

The elegant curving design of this walkway, including the hands, is the brainchild of TA Landscape Architecture. The hands seem carved out of the rock but are actually made of concrete. According to one of the designers, “We designed the skeleton of the hands and covered them with steel meshes. Then we finished it with fibreglass.

The entire bridge was constructed in a year’s time and has not come cheap. This bridge was financed from the $2 billion set aside for promoting tourism in the country. Since Vietnam is experiencing a tourism boom, attracting over 1.5 million visitors to this area annually, it was money well spent.

Of all the many bridges and walkways built in the world, it is the unique giant supporting hands of the Golden Bridge that give it the wow factor. 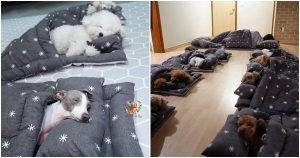 Puppy Day Care In South Korea, That Takes Care Of All Puppy Needs, Is A Godsend For Puppy Owners 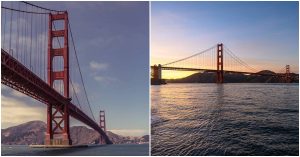 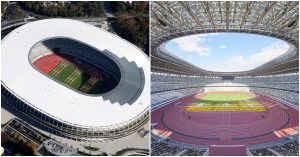 Five-Story Tokyo Olympic 2020 Main Stadium, With A Capacity Of 60,000, Is Built From Forest Wood Of 47 Japanese Prefectures That Were Destroyed In Tsunami In 2011