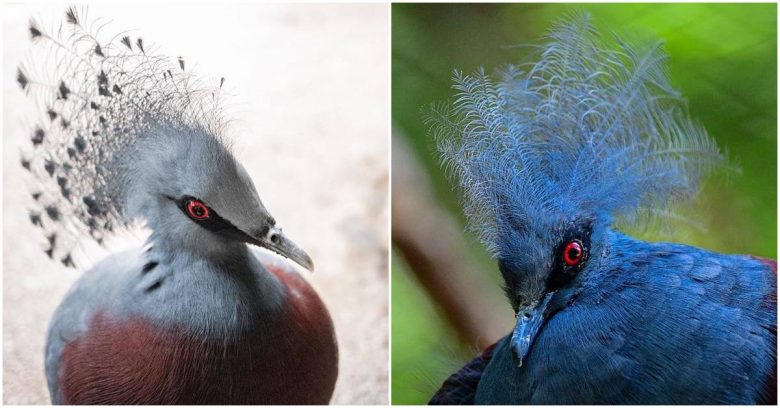 Mention pigeon and the mind goes to those pesky gray-colored birds that have become urban pests, so much so that Singapore has already imposed a penalty on those feeding these birds. However, the Victoria Crowned Pigeon is something altogether different, one look at it and you wonder why it’s even classified as a pigeon.

This graceful bird, with its distinctive bright blue-gray feathers, maroon breast, and red irises, flaunts a distinctive beautiful crown on its head that lends to its name. The Victoria Crowned Pigeon, one of the four ground-dwelling pigeon species, is not like the common pigeon at all. Not only is it far more beautiful, but it’s also almost the size of a turkey!

Discovered in New Guinea, its native place, this bird was named so to commemorate Britain’s, Queen Victoria. Victoria Crowned Pigeon is difficult to spot in the wild and among its other three species, it’s the shyest of all. It comes as no surprise that it has been declared as ‘near threatened’ in the IUCN Red List of Threatened Species.

Not only is Victoria Crowned Pigeon awesome to look at, but its courtship is also as riveting. The male approaches the female and takes a bow to display its resplendent crown. Then begins the dance that comprises rhythmic bobbing of the neck, intense wagging of tail and a distinct mating song.

Once the mating is over, the male helps build a tree nest by bringing stems, sticks and palm leaves. Despite the elaborate mating ritual, the female lays only a single white egg. It takes 30 days for the bird to hatch and once it does, both parents help raise it.

The fact that a female Victoria Crowned Pigeon lays only a single egg per mating season has become a matter of concern for the survival of this species. 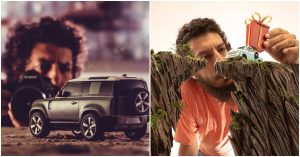 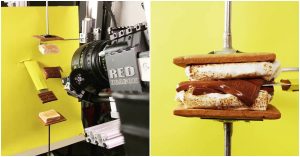