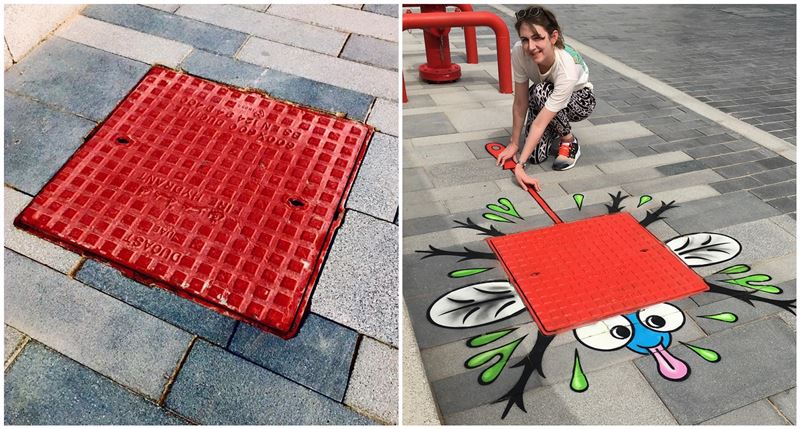 What happens when you cross a visualizer with an artist…well, you get Tom Bob! Yes, this artist and visualizer has been using his creativity on common street objects that not only gives them a new meaning, but also brightens the urban landscape. And he’s been running amok, so to say, on the streets of New York and Massachusetts.

It’s Bob’s gift of visualization that feeds his imagination to think out what an innocuous water meter installed on the wall can become and other such commonplace objects. And his keen eye does not miss anything, be it bike racks, pipes, manhole covers, electric meters, and others. Much like the famous street artist, OakOak, he too uses forgotten street elements to create whimsical artwork.

Bob, based in New York, has the uncanny ability to transform boring street spaces into something that people admire and look forward to seeing. He liberally uses famous cartoon characters in his works to delight his audience. The sheer genius of his creations is not lost on anyone, whether it’s a pipe transformed into an anteater or electric meters into monkeys and lobsters or a fire hydrant into Princess Leia. The works of this street artist are guaranteed to put a smile on your face, if not make you laugh out loud!

And it’s not only NYC and Massachusetts that he has regaled with his witty street art but has also delivered more formal works on Randall’s Island to the Governor Ball. Not only this, he has also been invited to display his artistry in far off places like Kaohsiung (Taiwan), Dubai and other cities around the globe.

It’s no wonder that Bob has become an instant celebrity on the social media, with people lapping up his whimsical street art. 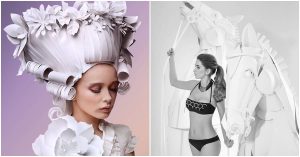