Street Artist Creates The Greatest Mural Artwork In The World 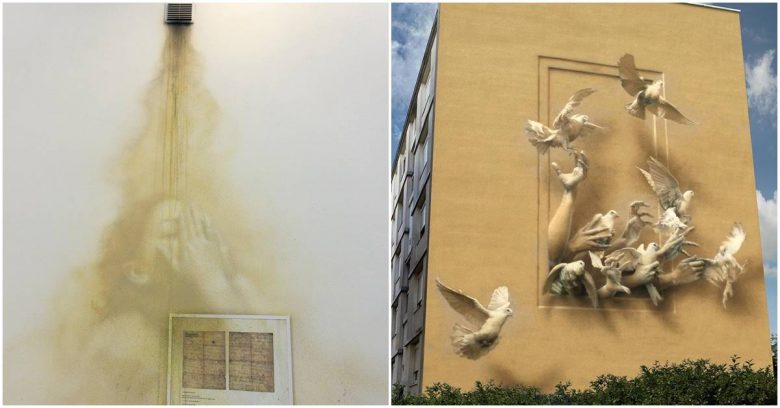 What can you say of the artist who has created the greatest mural artwork in the world? A genius, we are sure. The creator of this work is none other than a street artist called Davide Salvadei, popularly known as Eron. And this record-breaking work is W.A.L.L. (Walls Are Love’s Limits) that he made in City Life, the new district in Milan, Italy in 2018. The work comprised a 1000-square-meter painting that depicts a wall against barriers.

Born in Rimini, Italy, this contemporary artist is considered one of the most talented creators of figurative art of this century. And he has invented his own distinctive style using spray-painting techniques. Among his works, his iconic painting of a church ceiling titled ‘Forever and Ever’ is considered one of his greatest.

Eron manages to portray the realities of this world with his allegorical style of street art. And it’s not only the street art that he indulges in, but he expresses himself on canvas too. His works mostly revolve around social issues that are impacting society and he uses his distinctive art to express them.

Eron has won praise for his works the world over. The official magazine of the Moscow Museum of Modern Art described the original character and poetics of his figurative style. Al Magazine recognized him as the best Italian street artist for his incredible artworks, such as the ‘Soul of the Sea’ and the ‘Flying Bird’.

Famous galleries and museums across the world have displayed Eron’s work. These include Chelsea Art Museum and Italian Cultural Institute both in New York; Galleria Patricia Armocida and Contemporary Art Pavilion both in Milan, Italy; Contemporary Art Museum in Rome, Italy; Venice Biennale, Saatchi Gallery in London; and others. Many of his works are also on the website – URBAN NATION, the Museum for Urban Contemporary Art.

An interesting incident happened in Ravenna Art Museum in Italy. Eron created his work, called the ‘Hole’, on the wall of the museum, which looked so realistic that a museum worker got totally deceived. What’s more, he went ahead and repaired it! This became big breaking news of the day on Italian news channels! 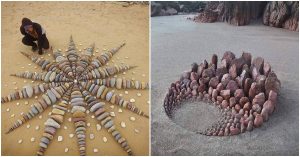