A French photographer and street artist, who goes by the name of JR and whose real name nobody really knows, burst on to the street art scene with his unique large black-and-white photographic images in public places. Terming street as the “largest art gallery in the world”, he combines art and action.

Always interested in art, JR began his career as a graffiti artist when he was in his teens. He literally spared no public space to create his brand of graffiti. Once when he came across an unclaimed camera in the Paris metro, he began documenting his works. By the age of 17, he was already applying photocopies of these photos to outdoor spaces, thereby creating his private ‘sidewalk exhibition’.

With such immense talent, it wasn’t surprising that he traveled across Europe to meet other street artists. He put up their portraits on the walls, facades, and rooftops of Paris. The ‘Portraits of a Generation’ that he created included huge portraits of people from the housing projects around Paris. His work was ultimately recognized when his own photos were put up on buildings.

What drew JR to street art was his desire to reach people who never go to the museums. Most of his creations convey messages. For example, in one of his projects, he put up huge photos of people of Palestine and Israel face-to-face on either side of the Separation Barrier in eight Palestinian and Israeli cities. In another project, called ‘Women are Heroes’, he highlights the dignity of women, who are often targeted during conflicts.

However, the icing on the cake was JR’s recent mural – ‘Chronicles of New York – that adorns the Domino Park in Brooklyn, New York City, USA. This massive mural was created on a triangle stack of shipping containers. It showcases the photos of more than 1,000 New York residents from all the five boroughs of the Big Apple. The aim of this mural is to give visibility to minority communities across the globe.

With a fan following of 1.4 million on Instagram alone, JR’s sense of humor has not abandoned him. On his page, he states, tongue-in-cheek, “Artist until I find a real job”. 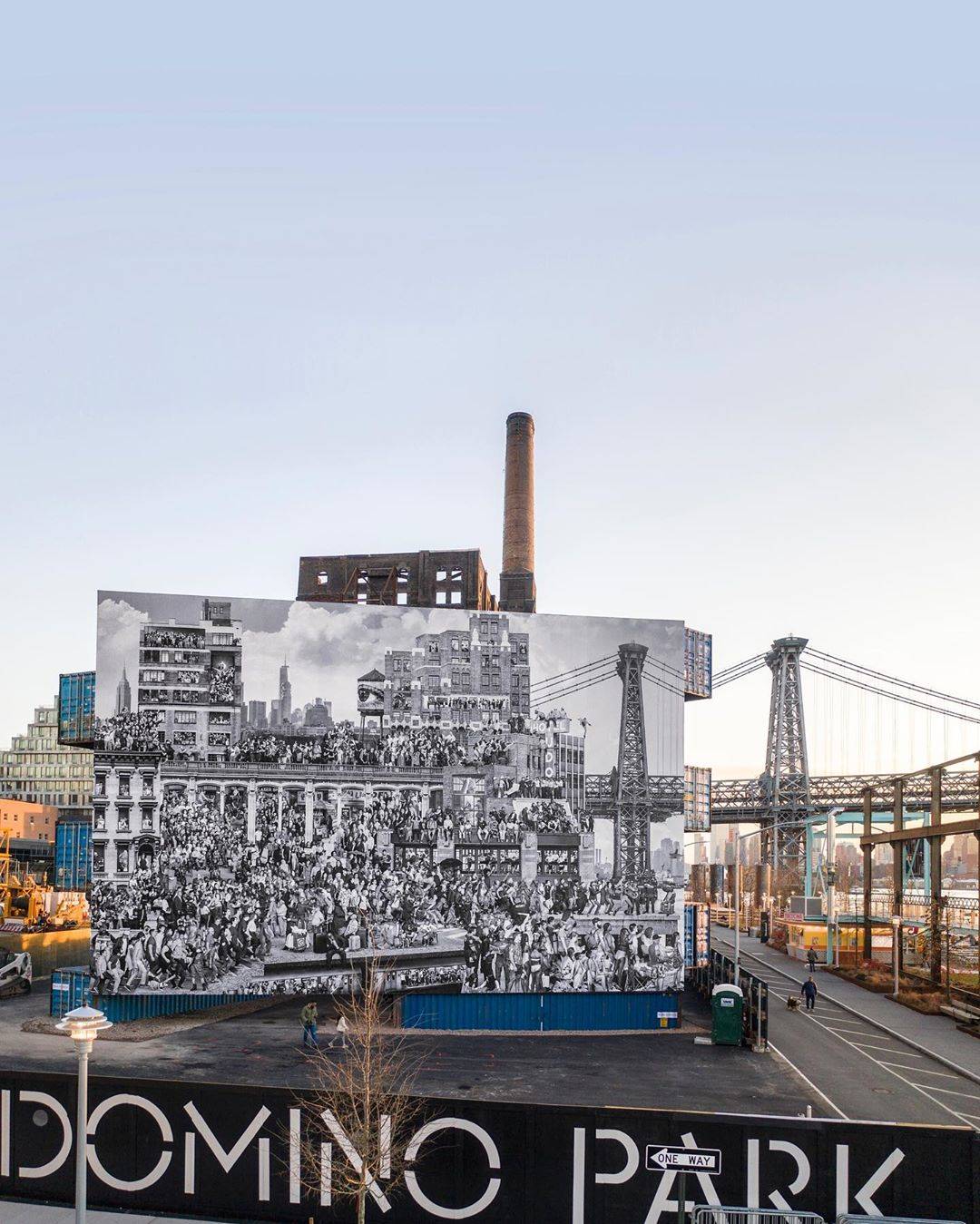 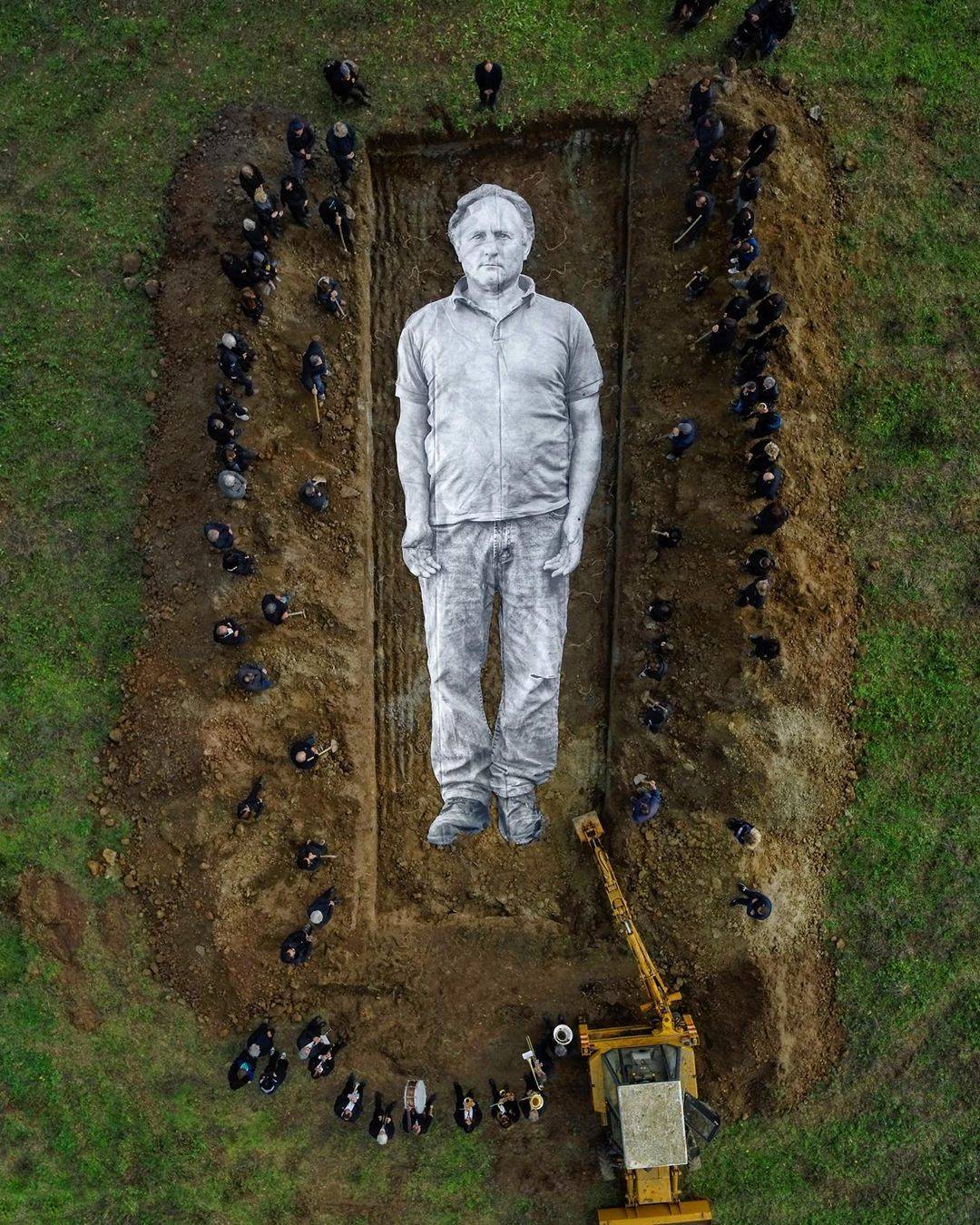 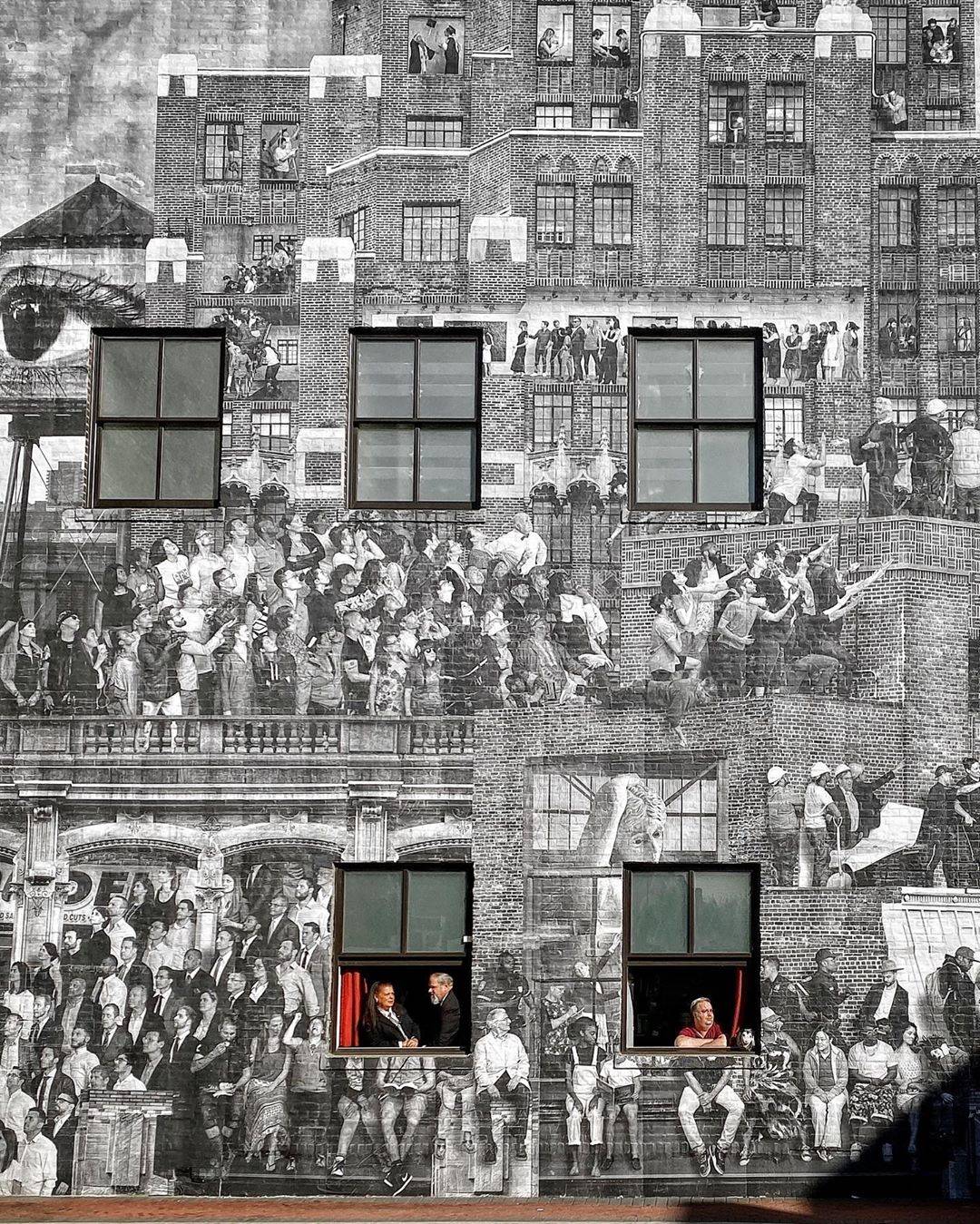 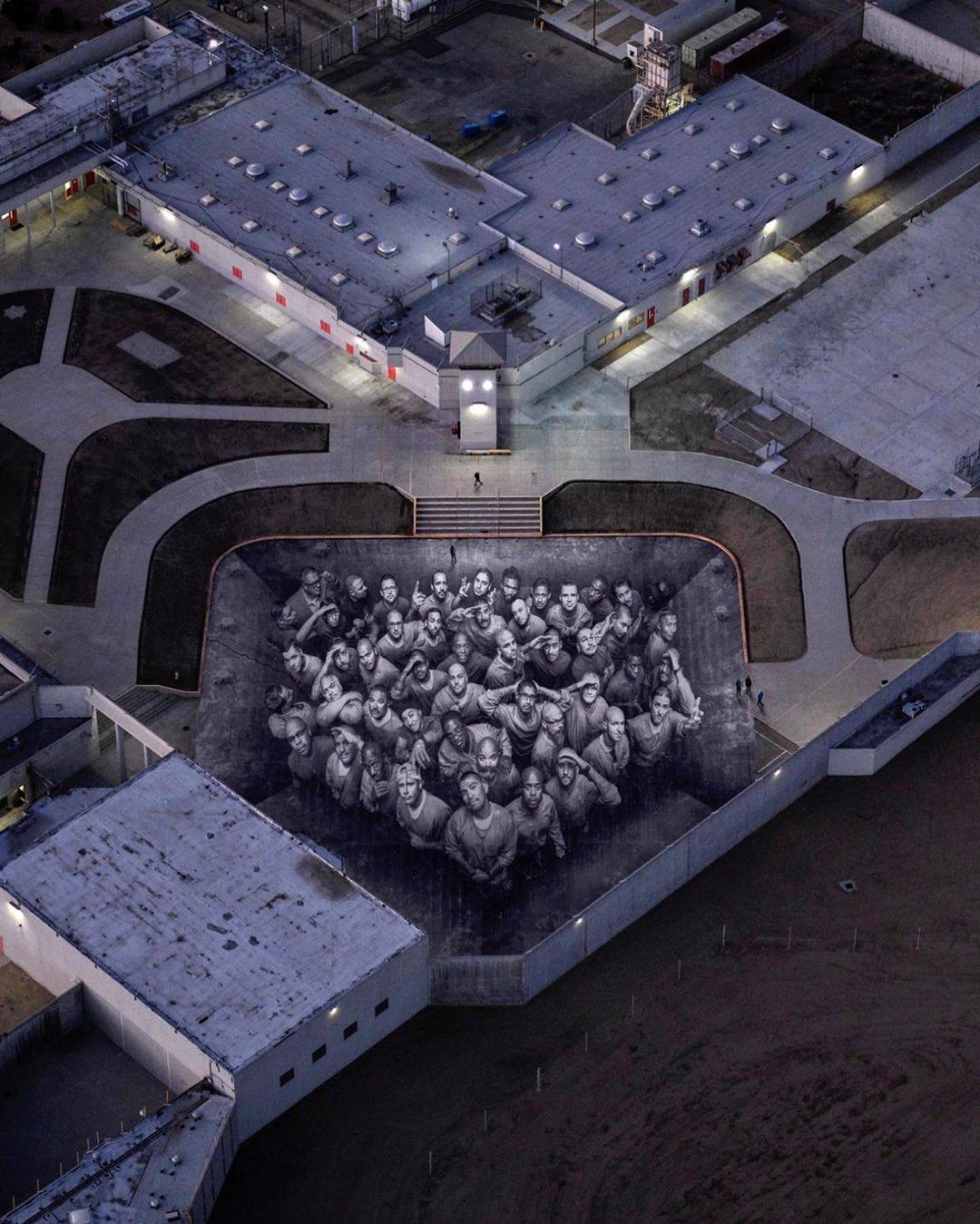 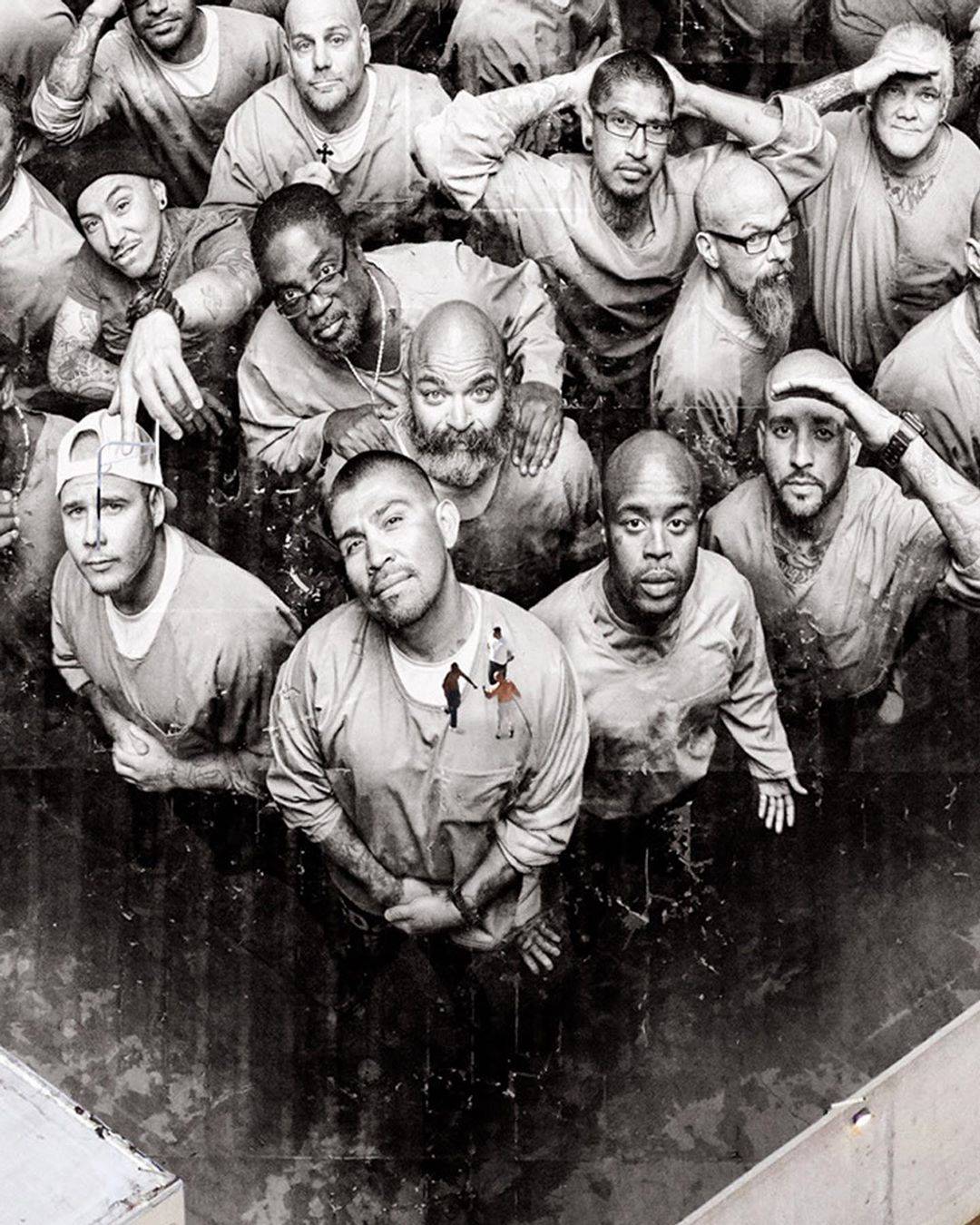 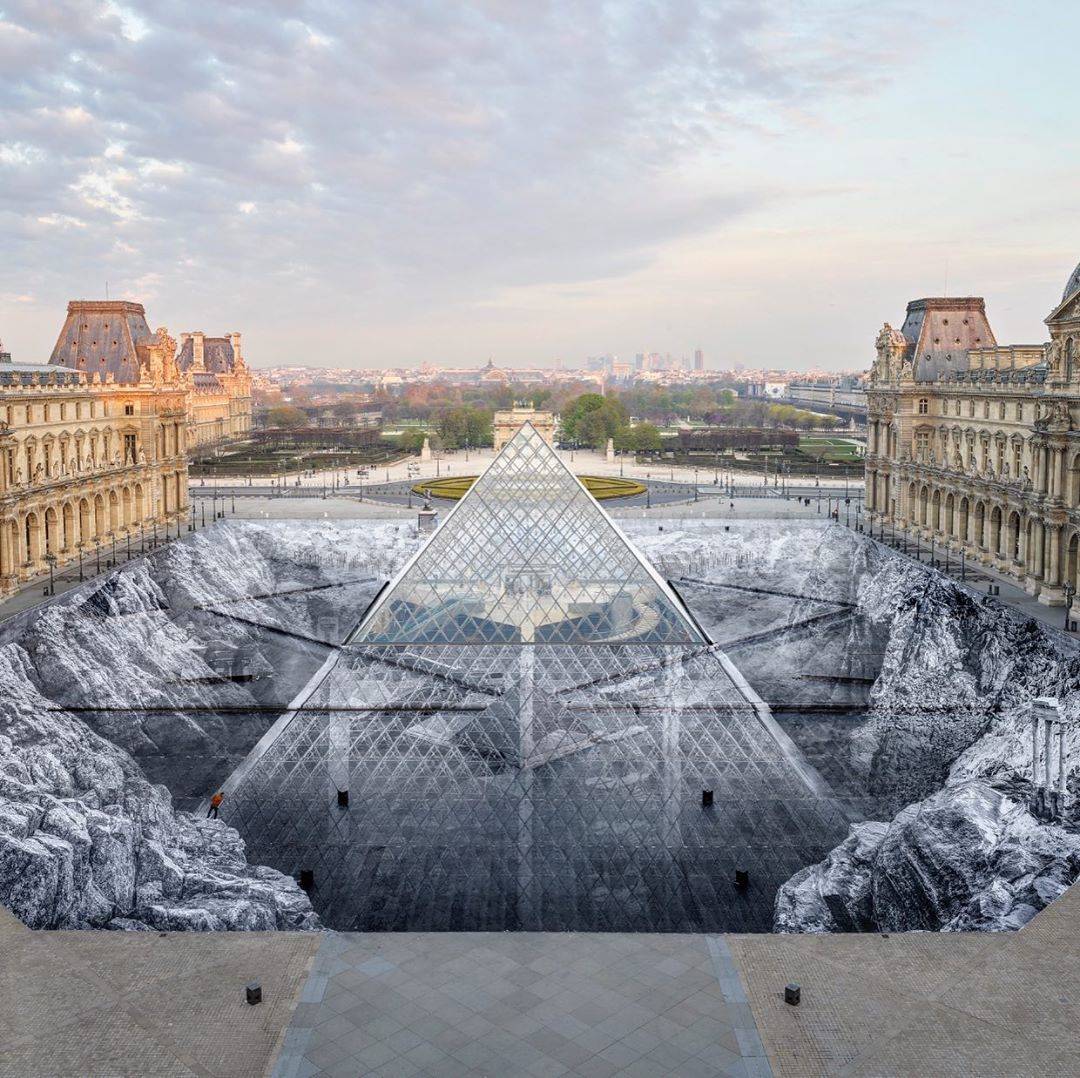 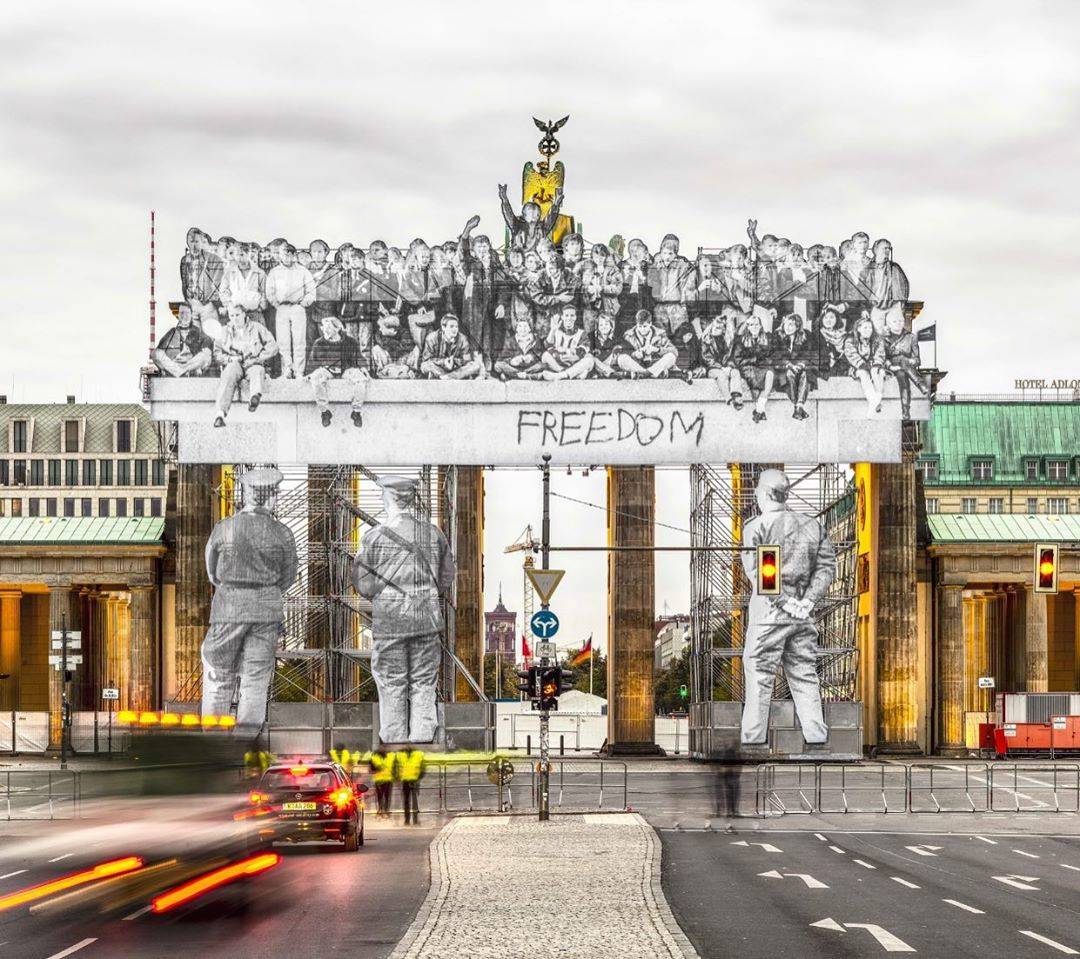 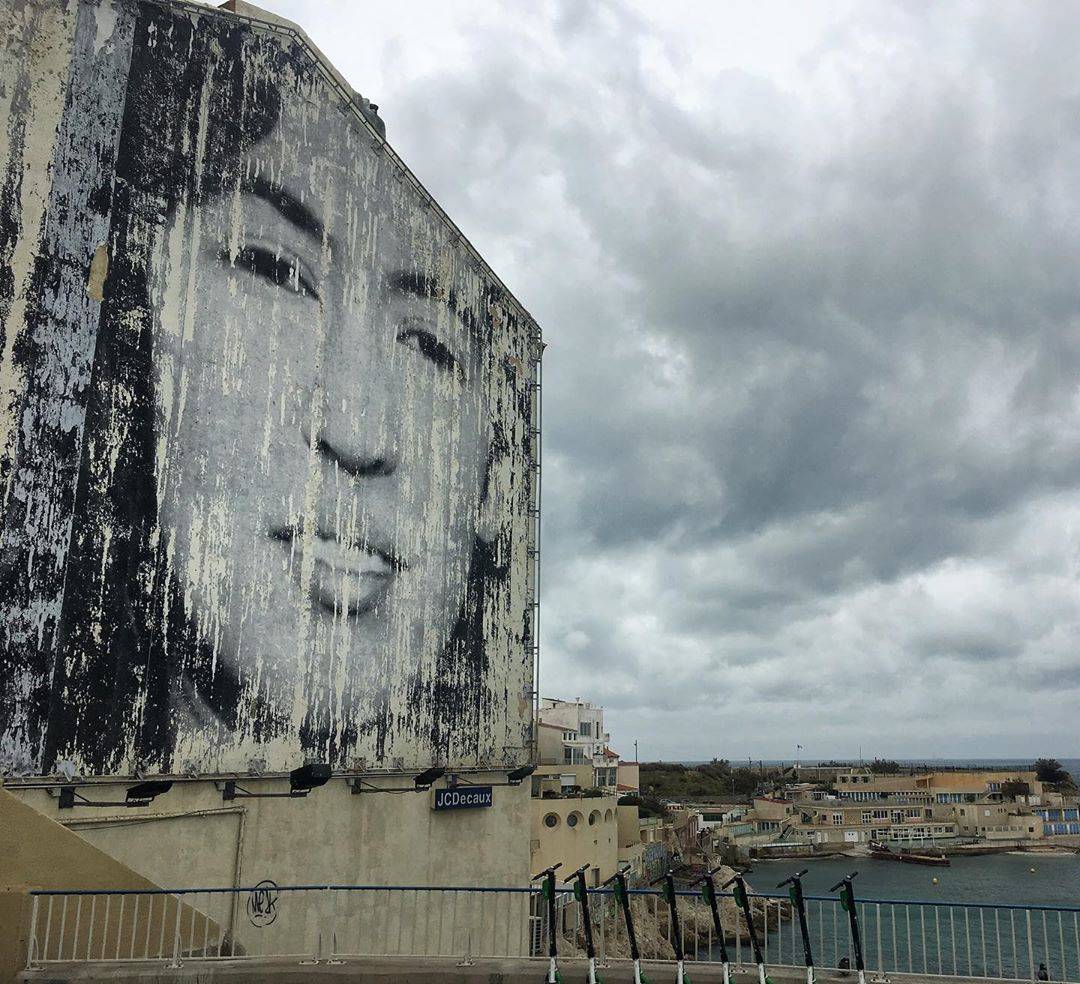