If it weren’t for the strong message of loss of information that Guy Laramée conveys through his symbolic sculptures of half-eroded books, his works would’ve been merely a collection of moth-eaten books. But the thought behind his creations is so arresting that it warrants serious consideration.

On his website, Laramée expounds on the idea behind his creations and leaves us with more questions than answers. He says “The erosion of cultures – and of ‘culture’ as a whole – is the theme that runs through the last 25 years of my artistic practice. Cultures emerge, become obsolete, and are replaced by new ones. With the vanishing of cultures, some people are displaced and destroyed. We’re currently told that the paper book is bound to die. The library, as a place, is finished. One might ask so what?”

Laramée continues, “Do we really believe that ‘new technologies’ will change anything concerning our existential dilemma, our human condition? And even if we could change the content of all the books on earth, would this change anything in relation to the domination of analytical knowledge over intuitive knowledge? What is it in ourselves that insists on grabbing, on casting the flow of experience into concepts?”

Laramée, born in Montreal, Canada, was passionate about art from his childhood. As a young lad, he became a sort of rebel, not aligning with the ideologies of progress. Instead, he wanted to destroy them by showing that human beings are still at a primitive stage.

With such a brilliant mind and revolutionary thoughts, it wasn’t surprising that Laramée not only did BFA and MA in Visual Arts from Université du Québec à Montréal, Montréal, Quebéc, Canada, but also an MA in Anthropology from Concordia University, Montréal, Quebéc, Canada. Not content with this, he also pursued ethno-musicography of the fetish ritual in Togo and imagination healing among shamans in the Peruvian Amazon.

Laramée’s belief that ultimate knowledge could be an erosion rather than accumulation is reflected in is 3D works, as well as paintings. He carves landscapes out of books and paints romantic landscapes. His ardent wish, after years of practice, is to project mankind “into this thick cloud of ‘cloud of unknowing’”.

Laramée, who lives and works in Montreal, Canada, has displayed his works at Yale University Art Gallery in New Haven, the Museum of Art and Design in New York, and the Musée National des Beaux-arts du Québec, among others. 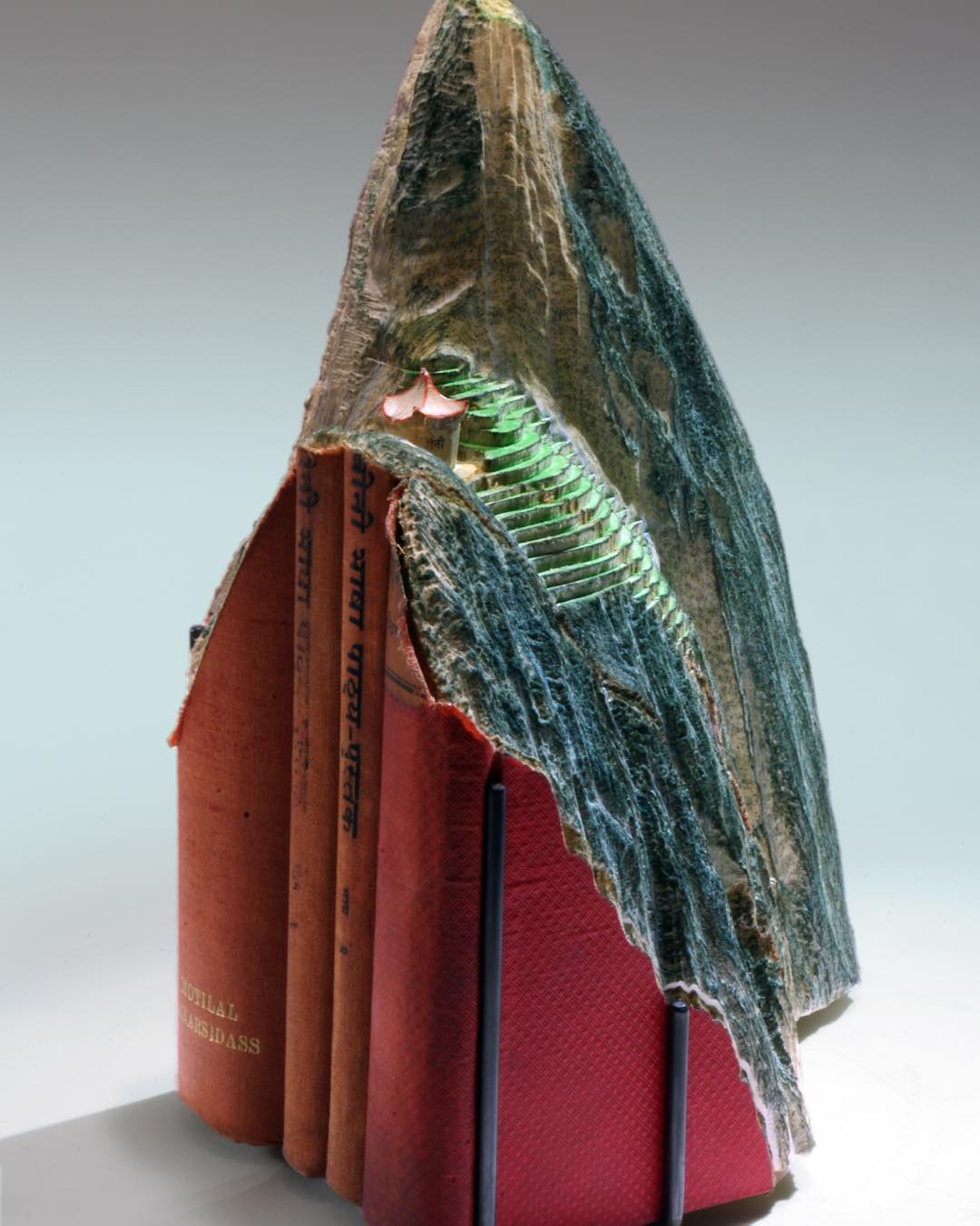 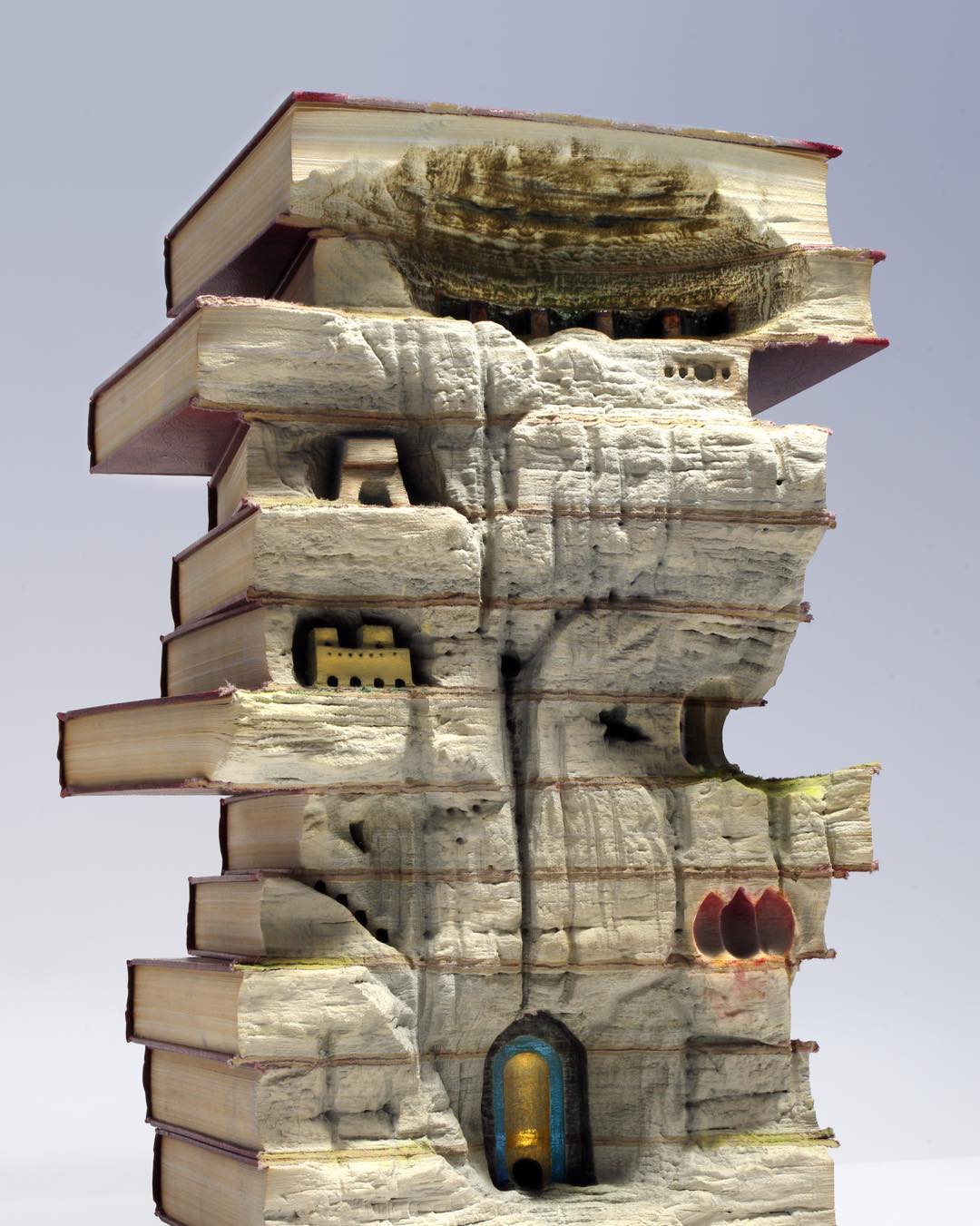 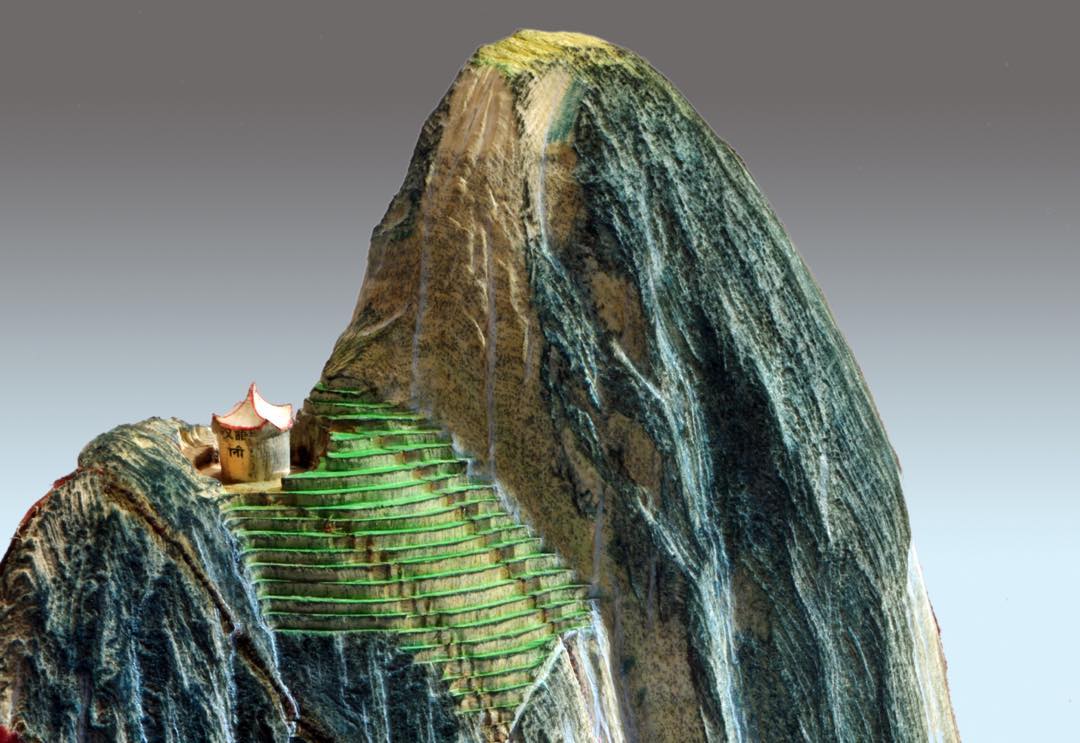 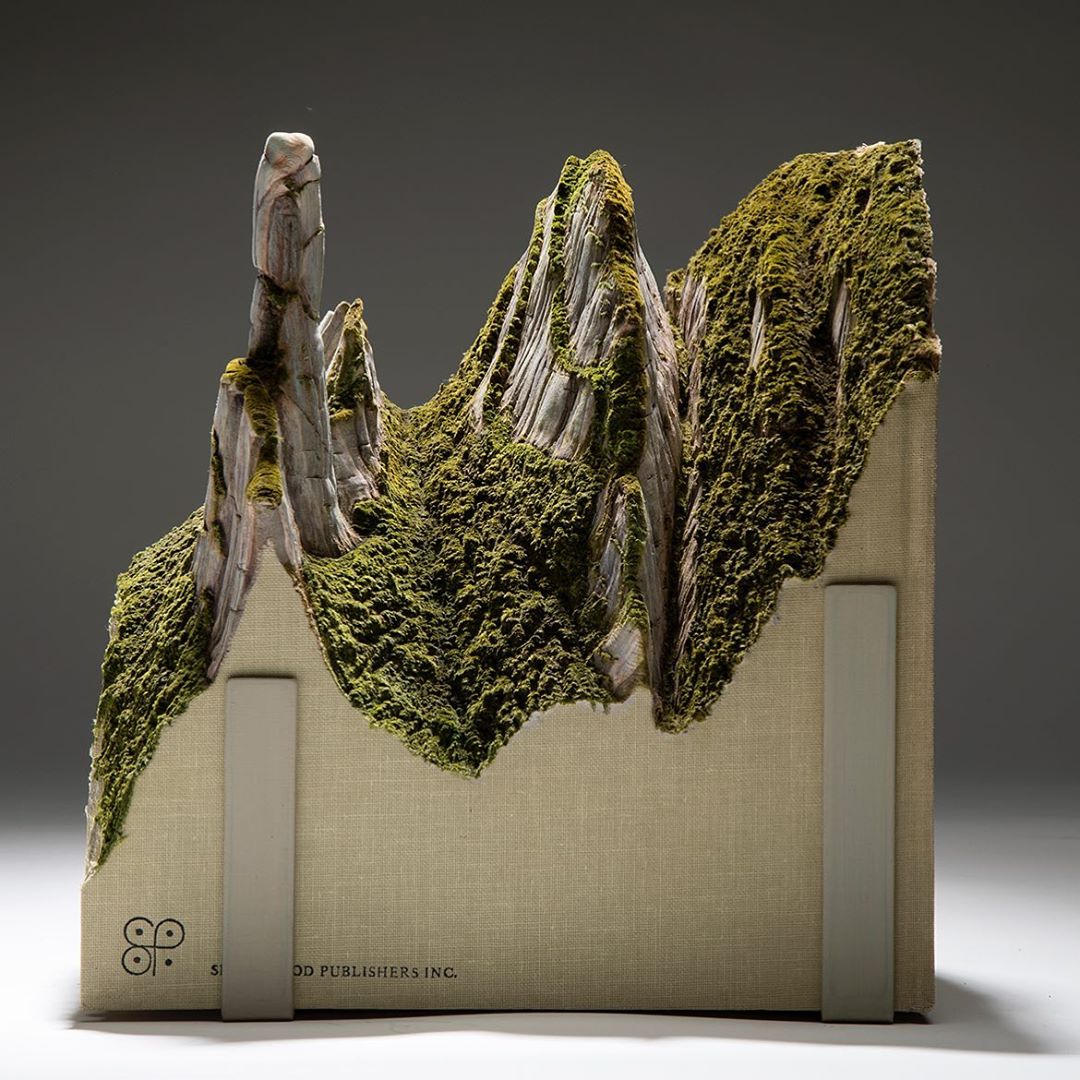 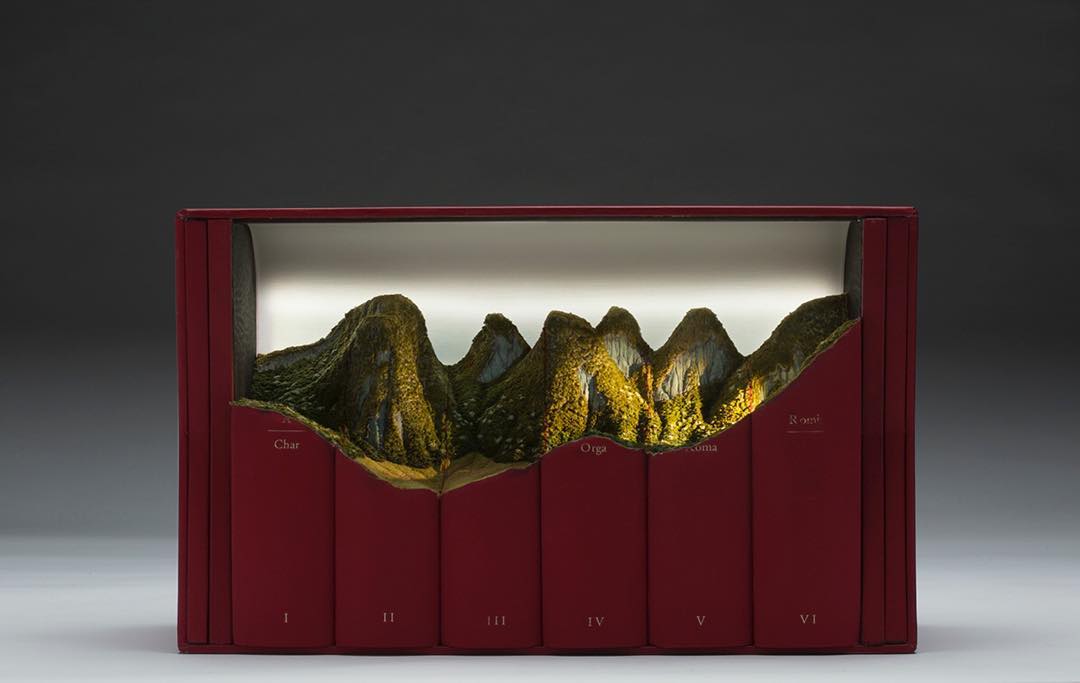 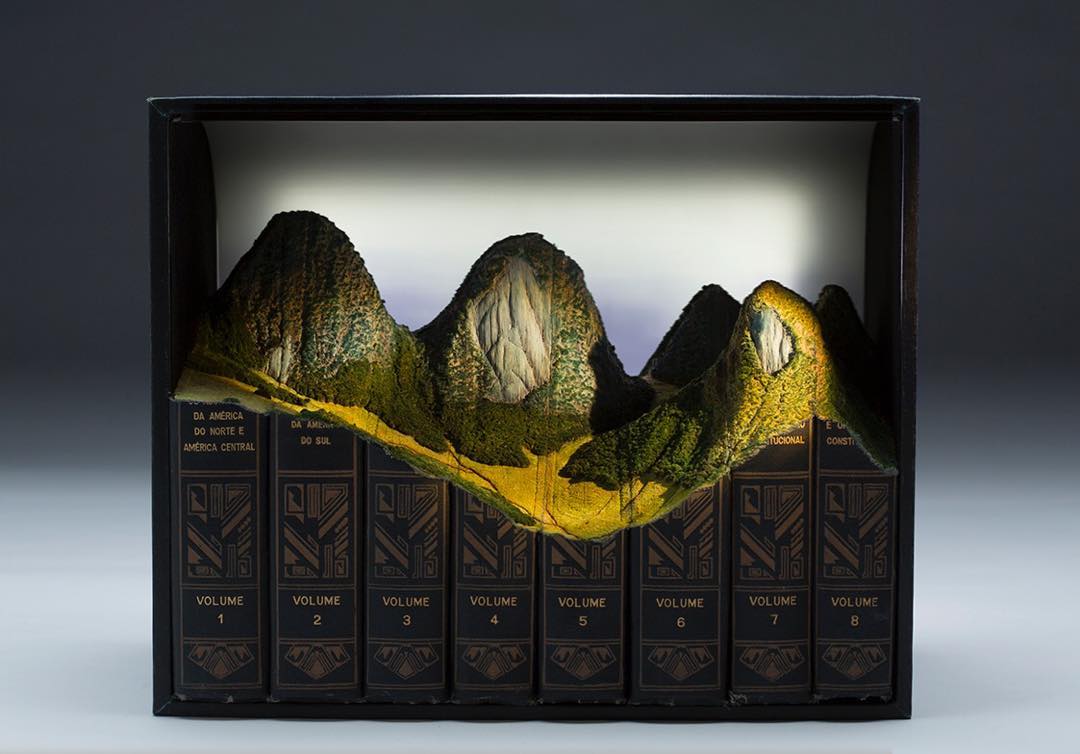 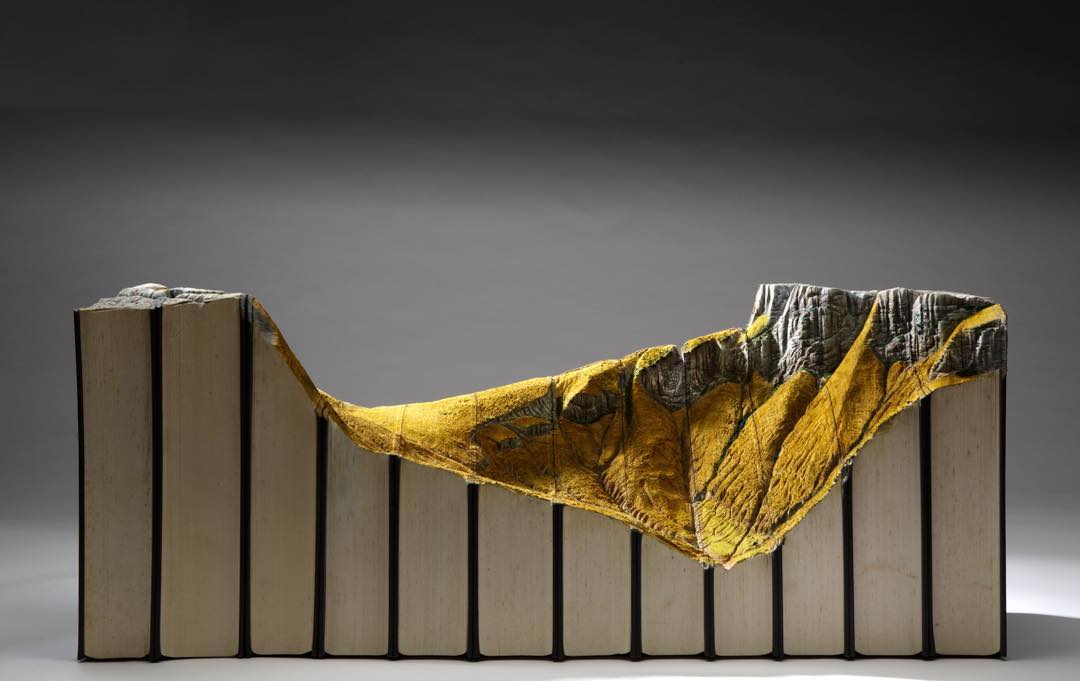