Chinese artist, Yuanxing Liang, portrays Mother Nature in all his sculptures by blending intricate portraits, featuring a woman’s face, with delicate elements of landscapes to produce a mind-blogging piece of art. The delicate tresses of a woman in the sculpture are turned into trees with birds, miniature buildings, fish ponds, and other such delightful details. Her long locks are sculpted in a twirl-like fashion, in the image of twisted branches of a tree.

Liang plays with the tresses of the woman in his creations, but makes the face an epitome of tranquility, as if in a meditative trance. Such is the surrealistic effect of the sculpture that it leaves its viewers totally spellbound and compel them to go around the sculpture to admire all its details.

One would think that Liang’s creations are a figment of his fertile imagination, but this is not always the case. At times, he takes his inspiration from traditional Chinese folklore. Take, for example, Liang’s ‘Chunmang Peach Blossom Island’, which is inspired by the Chinese fable of ‘Peach Blossom Dragon Spring’.

This particular creation was put up for sale in a very limited edition at the Wonder Festival in Shanghai, China. And this isn’t the only surrealist clay sculpture that this sculptor is credited with, he has also created other equally impressive sculptures.

Liang works up magic in his fantasy sculptures by using grey resin. His expertise lies in creating the intricate design of the figure’s head that he composes with ethereal landscapes depicted in free-flowing strands of hair. The minute details he goes into in his dreamlike imageries becomes more interesting since it holds many hidden meanings.

Such detailed sculptures are not easy to create. Some may take upwards of three months for Liang to complete, given the kind of details he goes into. It isn’t surprising, that his unique handcrafted sculptures are making waves on the internet. 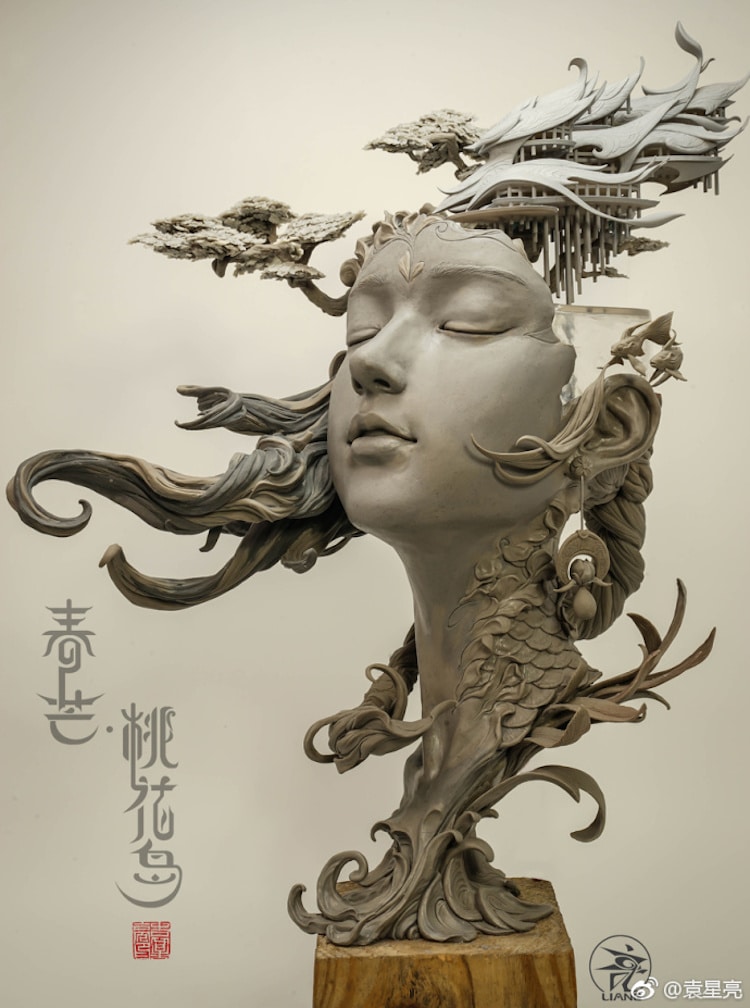 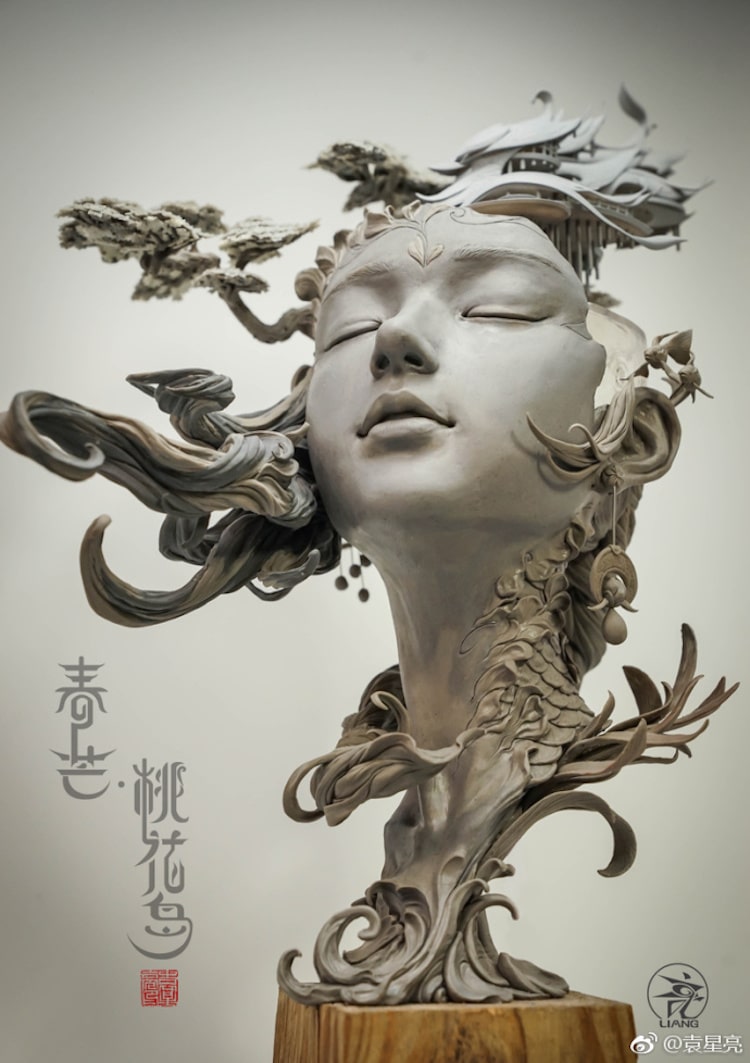 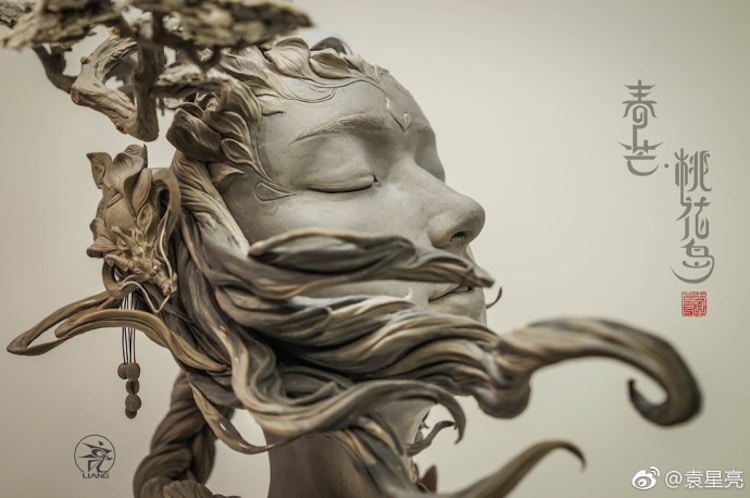 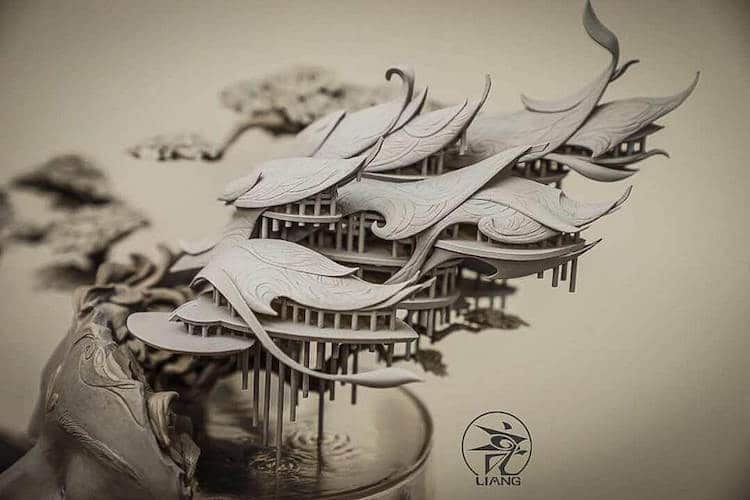 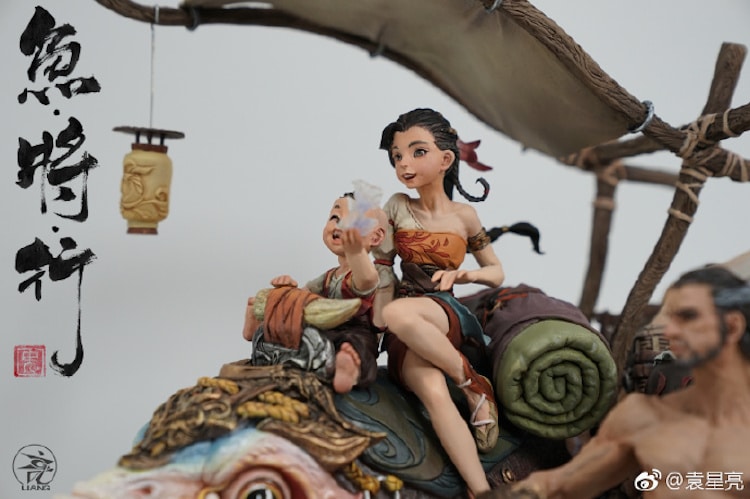 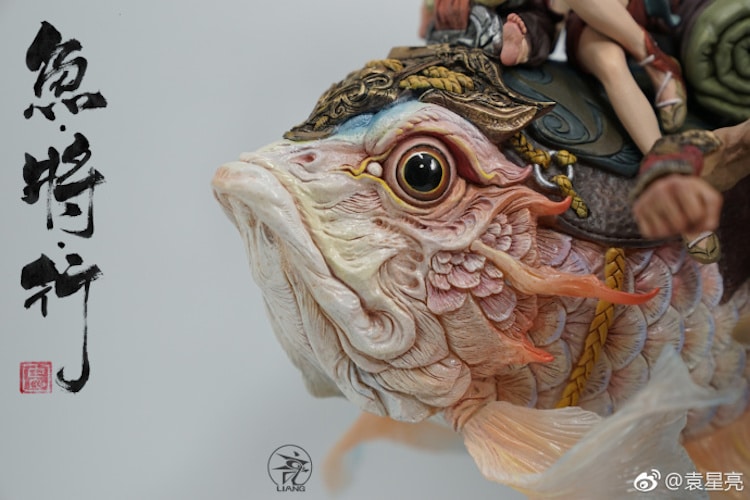 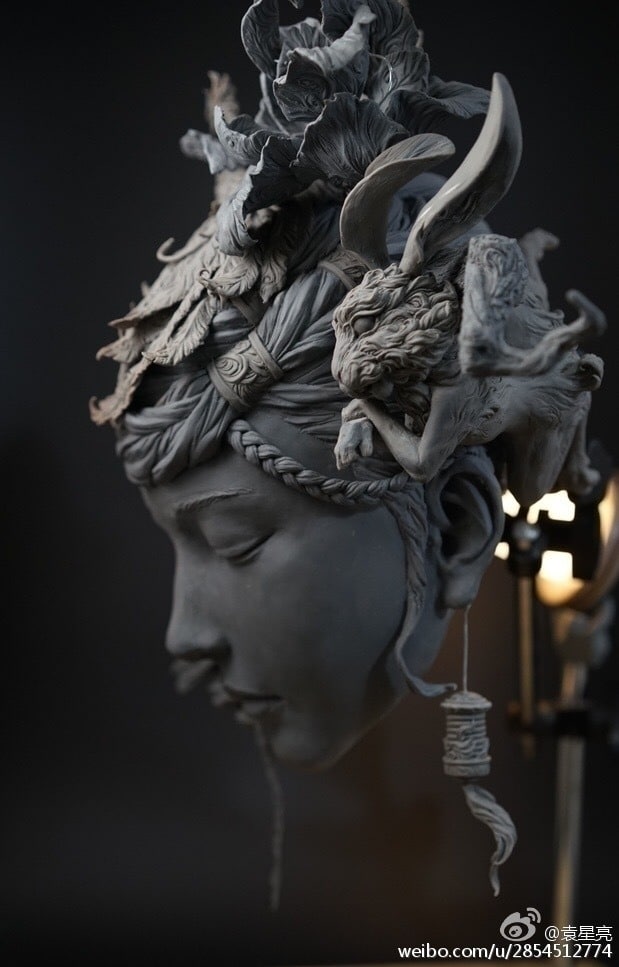 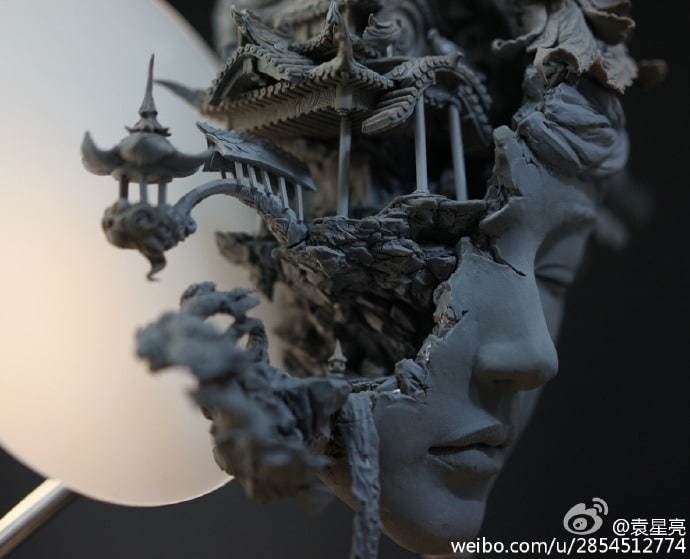