Max Tingle, the younger brother of Noah Tingle, goes to school every day as all children do. However, once when he returned from school and alighted at his bus stop, he saw his brother rush towards him wearing a Santa Claus outfit to greet him. Confused and embarrassed, Max tried to run away to avoid him. This started Noah on the silly tradition of greeting Max in a new costume every day.

Max was 12 then and since that time he has been welcomed by his brother in many different outfits at the bus stop. With the passage of time, the costumes too have become wackier to keep this tradition alive. Of course, Noah spares no efforts to dress up in whatever costumes he can lay his hands on.

What started as a fun thing has gained immense popularity online. Noah, the 17-year-old high school senior, created a new Facebook page – The Bus Brother – to post his costume antics by filming them at the bus stop. The variety of costumes he wears has grown too. He has greeted Max dressed up as a farmer, a fireman, a Minion, Where’s Waldo, Chewbacca, Batman, and even a gorilla, to name just a few.

The best part is, Noah never runs out of costume ideas, thanks to the people in the community who fuel his bus stop antics by donating newer costumes just to keep the tradition alive. Although initially, Max used to get embarrassed about being greeted in goofy costumes, now he thinks it’s cool.

For both these Louisiana teens, these video clips are a treasure-trove of fond memories of Noah’s unique way of welcoming Max back from the school. Speaking to USA TODAY, Noah said, “Knowing I’m going to college next year and won’t see him on a daily basis, I thought this would make things memorable and strengthen our bond as brothers.” 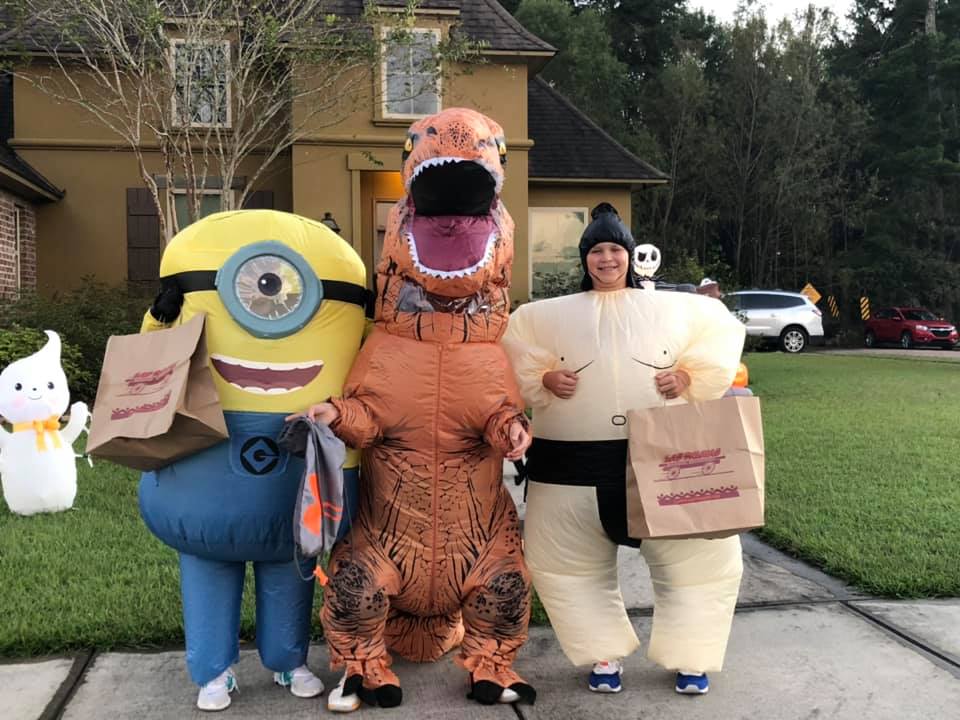 Noah’s Facebook page enjoys over 78,000 likes and over 83,000 followers. Little wonder this newfound fame has motivated him to continue doing this as long as possible.