Amedeo’s amazing creations are for sale on his Etsy shop. They are handmade by him in his small home workshop, and he has carved over 400 wooden pieces. He takes a lot of care and time to carve the details of each figure using only hand tools.

Through his work, Capelli creates tiny and micro automatons that look like pieces of art. He makes them entirely by hand by meticulously carving out every detail, then machines some small components and assembles all the parts together to make them move.

Every single automaton produced by Capelli is carved from wood and hand-painted with oil paint. Every automaton is a work of art, designed from his imagination, and exists in the world.

We catch up with Amedeo, who’s been carving intricate wooden automatons for the past years, to learn more about his work.

Amedeo Capelli is a 30-year-old Italian living in the northern province of Varese. He has always had a great passion for manual and artistic work, and he had his first approach to wood when he was very young.

He started his business immediately after high school, opening a beer shop where he sold craft beers. This is where he dealt with wood for the first time.

Over time, he discovered that he was more passionate about woodworking than just buying and selling beer bottles. So after two years, he decided to give himself entirely to craftsmanship. He turned his shop into a workshop and immediately got his first commission.

His first year of craftsmanship led him to the world of costume design, where he made cosplay from fantasy pop culture. Later he began producing furniture: small objects such as cutting boards or frames but also large bookcases and tables. Having a small workshop and hobby tools, he bet everything on originality and on his art style but he could not compete with the best-equipped carpenters.

After a short time, he tried producing automatons and made 4 test objects, but none of these objects gave him good feelings. It was almost a year ago that he decided to try opening an online shop on Etsy, selling the old works he had done as a test (four small automatons).

In a short time, all four automatons were sold on Etsy, and even on Instagram, They were quite loved by people. So he thought it was the right way to go, and divided his days into two parts: In the morning he produced automatons and took care of social media; in the afternoon he financed this activity by doing regular carpentry work.

Finally, he began having more commitments to producing automata than producing furniture—so he chose to make automata full-time as his job.

His designs may seem complex, but they come quite naturally to him: he starts by imagining the subject, then he thinks about which movements it has to make, and finally, think about the mechanism.

Watching Amadeo at work is mesmerizing. He creates these beautiful pieces of art with such passion and dedication that you can’t help but be in awe of his talent and skill.

Amadeo’s creations range from animals to people to religious figures to abstract shapes. His work is so intricate and detailed that it’s hard to believe he created it all by hand!

Capelli finds inspiration in nature and in his surroundings. He watches birds fly or insects walk, and he observes how they move their legs or wings. He also likes to watch people around him; he says “I like to test even more complex mechanisms just for fun”.

Despite the fact that mechanics is a very precise science and requires great calculations and projects, Amedeo has a very different approach: “I am very messy,” he says in an email to AwesomeByte, “and tend to not make projects of the mechanism, just a few sketches since wood is an unstable material; it is rarely possible to guess how it will behave so I skip the design part and get straight to work”

In his works, he seeks both simplicities—with minimal mechanisms and simple representations that can express the maximum with an extremely simple movement—and intricacies—with objects that mix different concepts inside them

Amedeo Capelli’s automatons are a hit among people, because they’re carved from solid wood (no plastic at all) and, even better, each one is unique. The final design that you see on Instagram is like the fingerprint of the carver: no two works are alike. 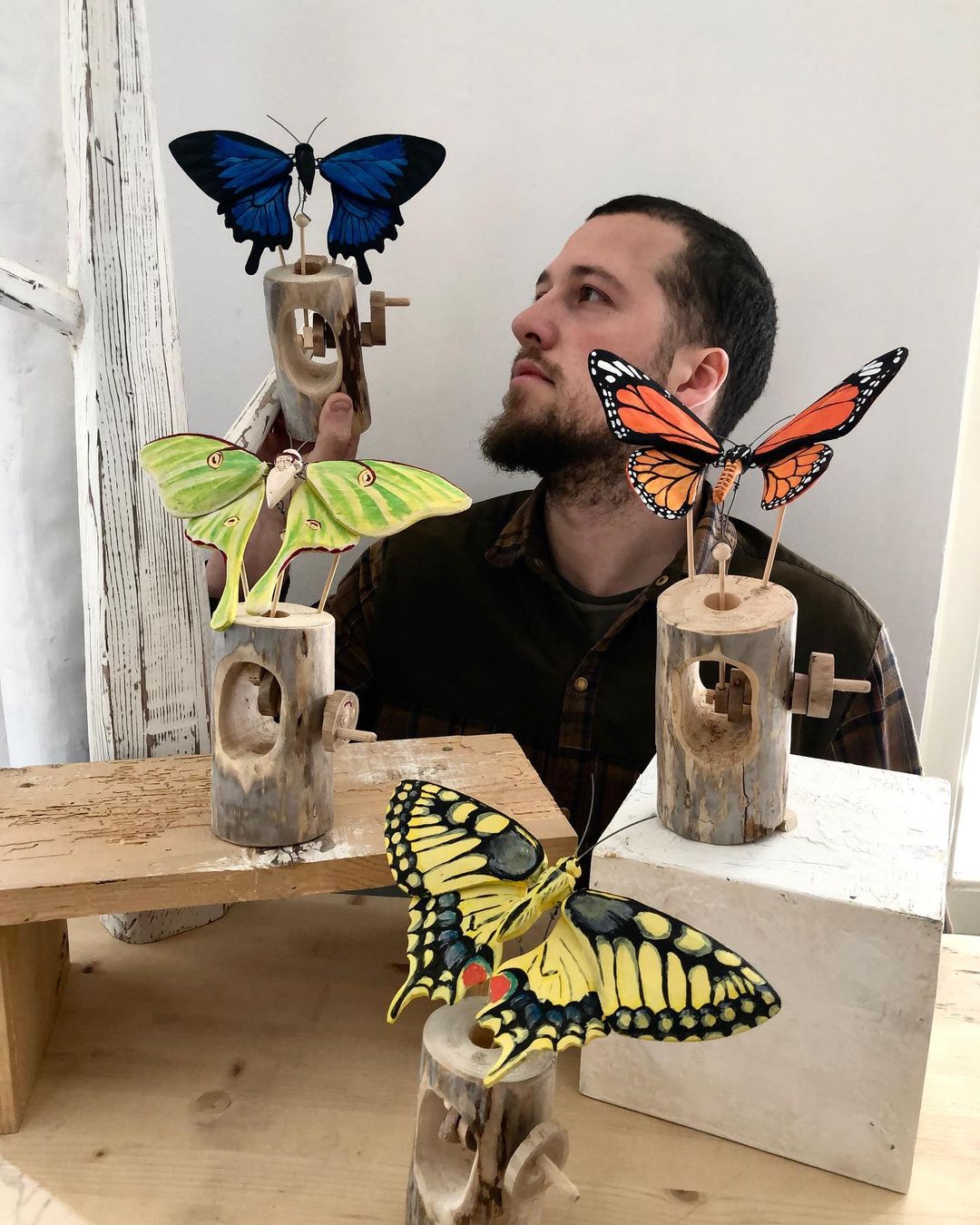 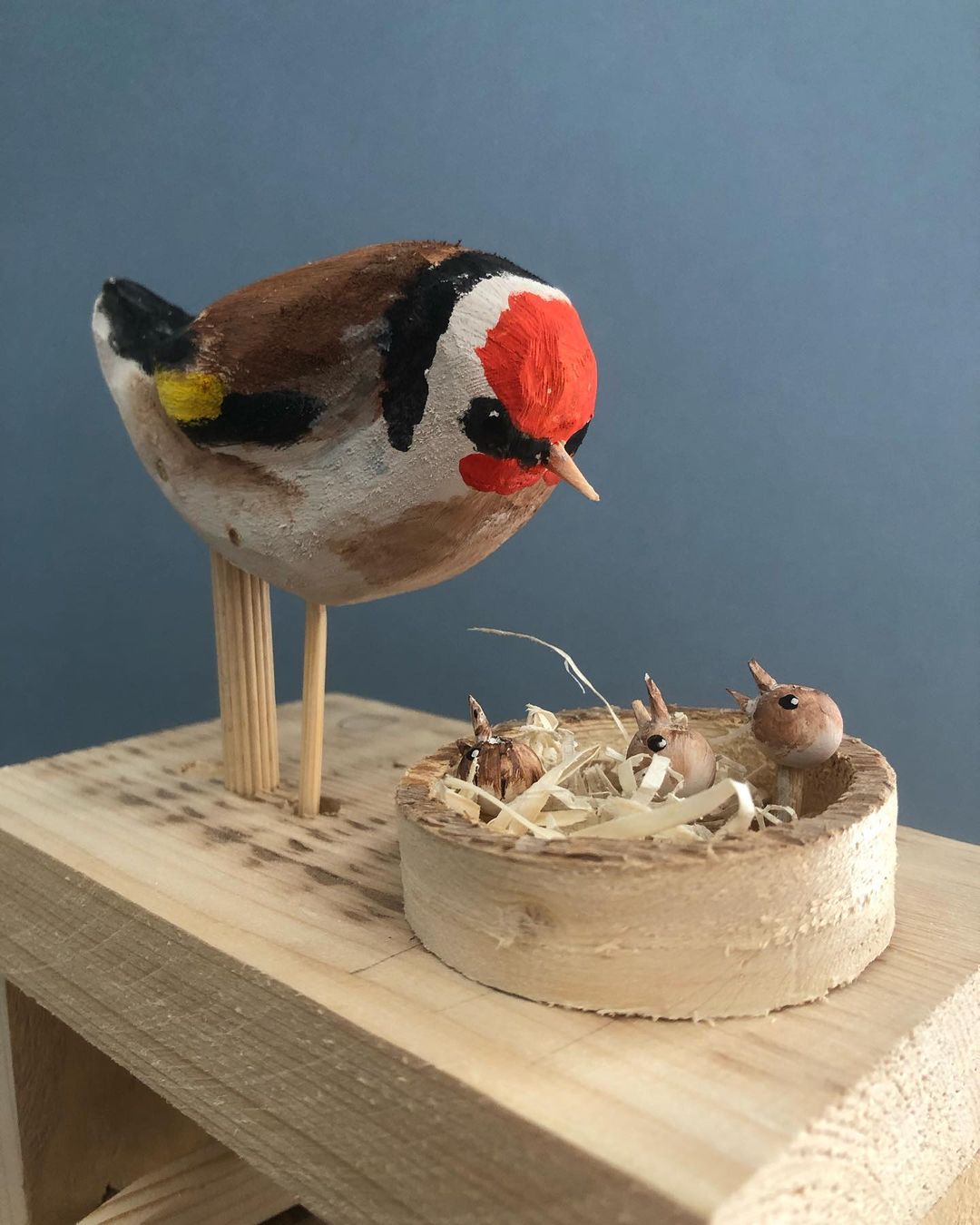 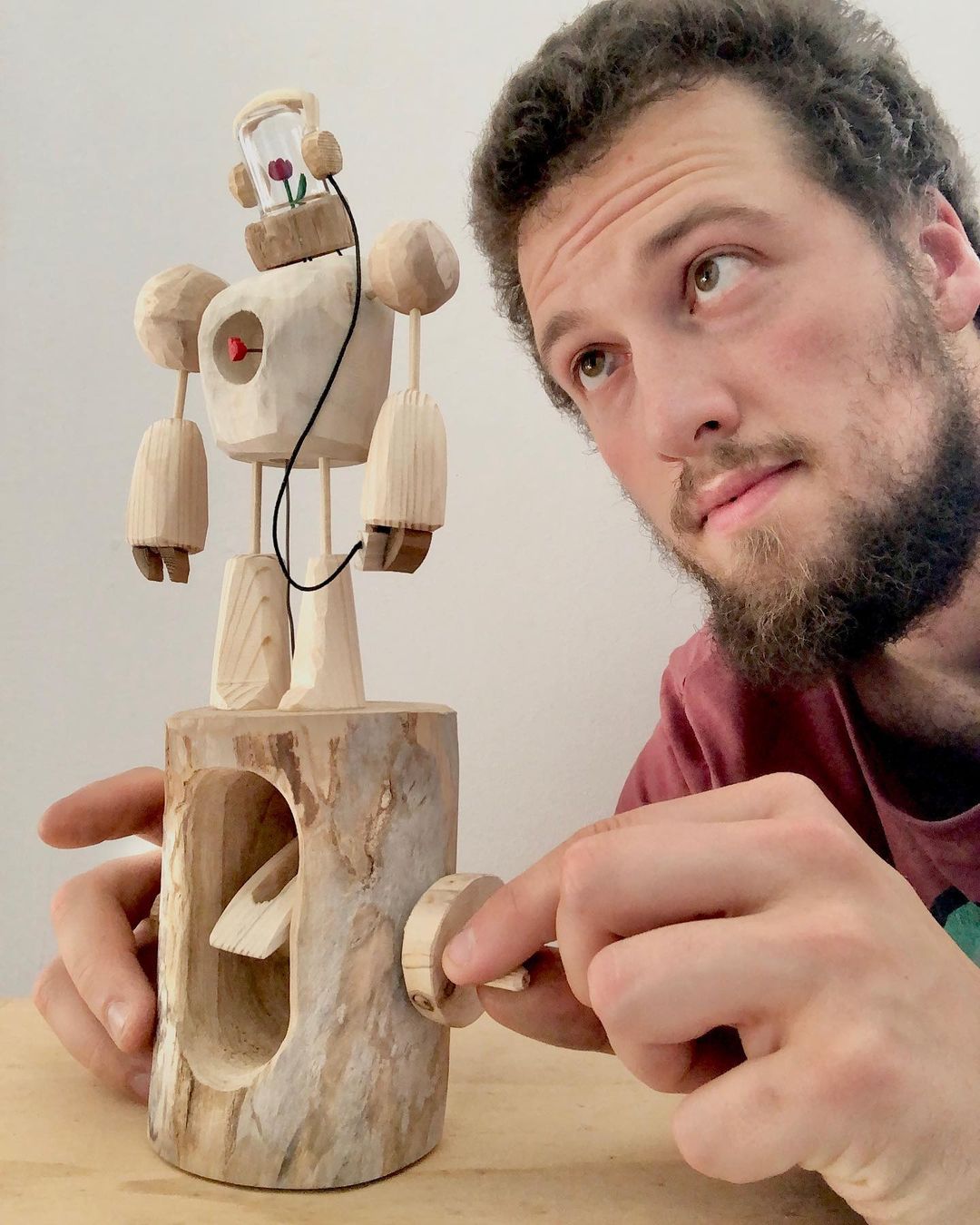 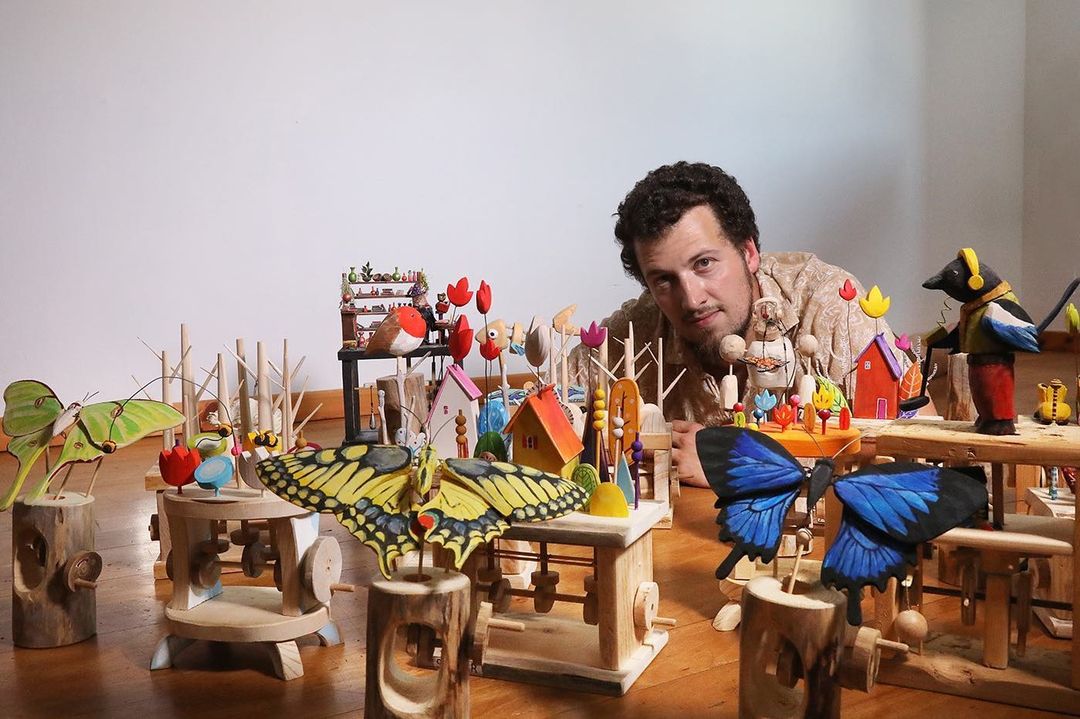 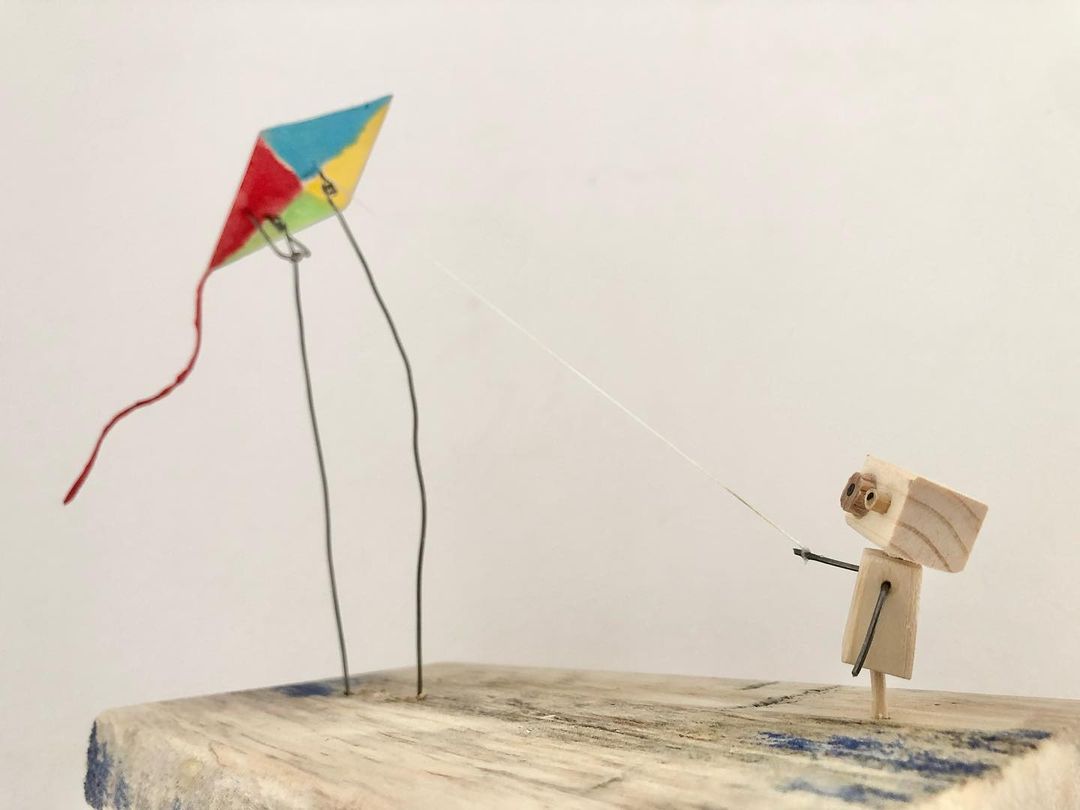 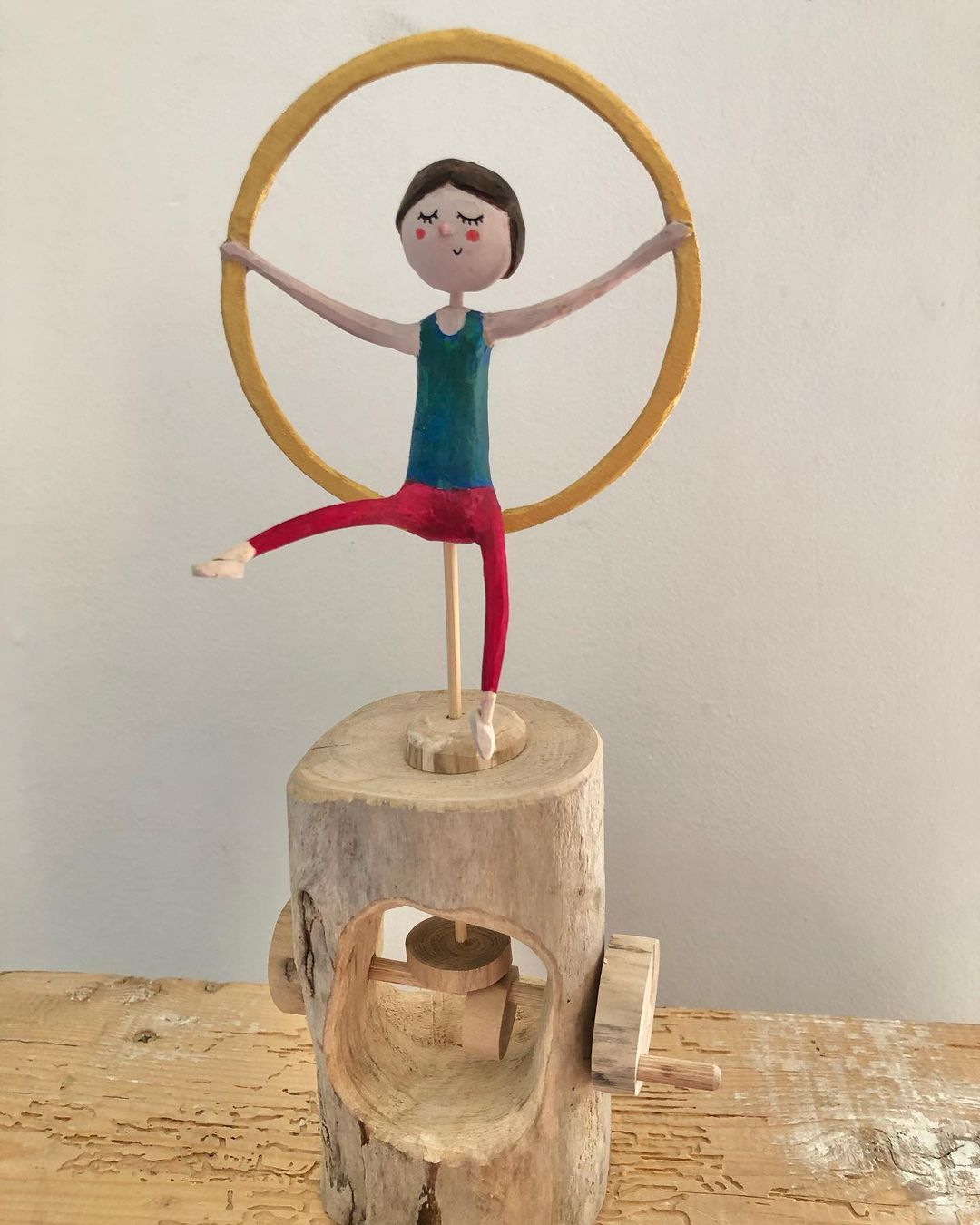 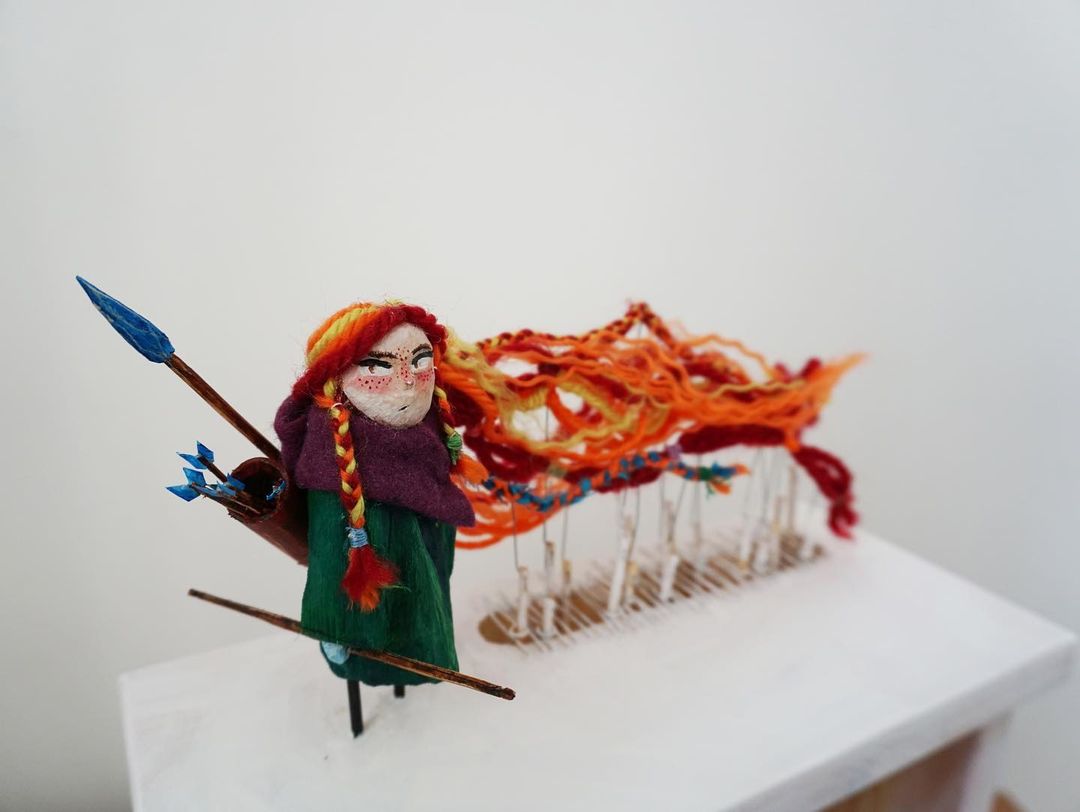 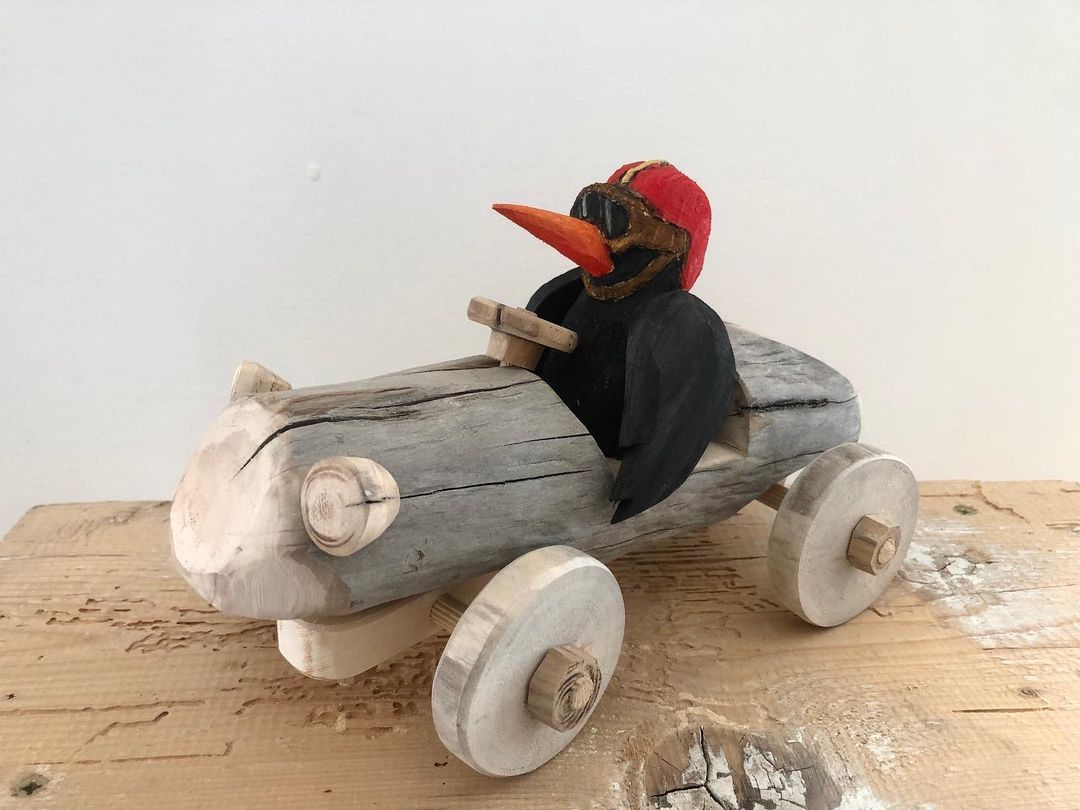 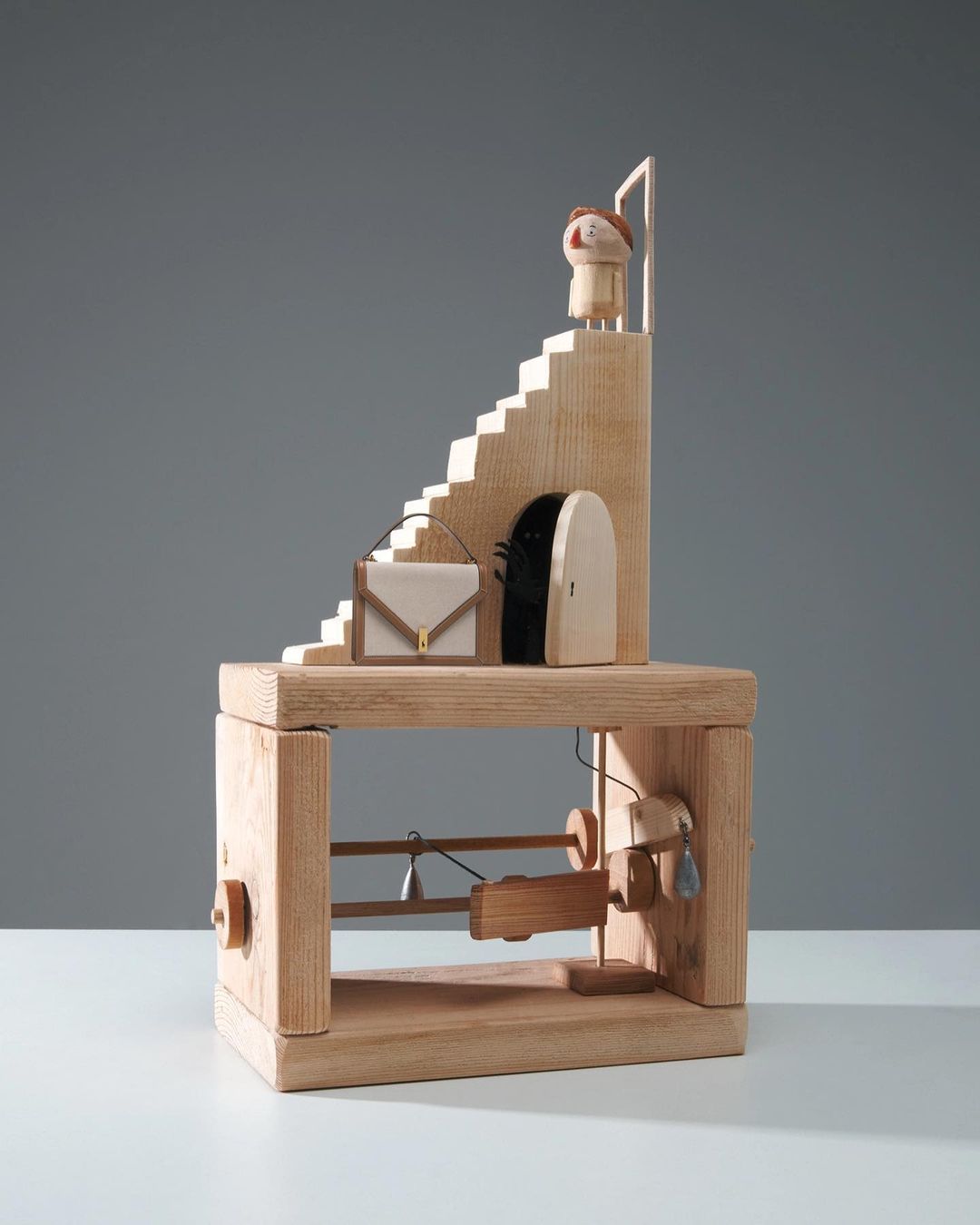